After completing 10 years in office, President Ian Khama of Botswana is being succeeded by Vice President Mokgweetsi Masisi. What did Khama achieve and what challenges await the new leader? 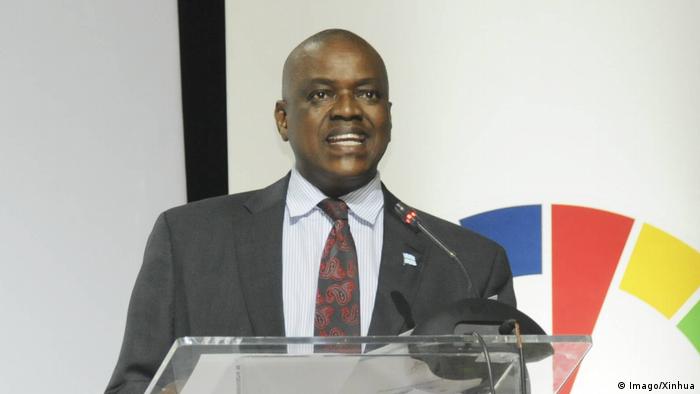 Botswana's President Ian Khama stepped down on Saturday, handing over power to his deputy, Mokgweetsi Masisi. Born on July 21, 1962, Mokgweetsi Masisi was first elected to parliament in 2009. Previously, he was a high school teacher and then worked for UNICEF in Botswana. The 55-year-old incoming president is passionate about acting and has taken part in several South African B-films.

Masisi's father, Edison Setlhomo Masisi, who died in 2003, served as a member of parliament for Moshupa and was reportedly a close confidant of President Khama's father and Botswana's first leader, Sir Seretse Khama.

Before his appointment as vice president, Masisi served as minister of presidential affairs and public administration. Although he inherits a stable country ranking among the continent's richest, he faces the tough task of diversifying the economy to break its dependence on diamonds.

"Most of the Botswanans are hoping for economic transformation," Tsaone Segaetsho, a political commentator in the capital, Gaborone, told DW. He views Khama as having failed in turning around the economy to benefit ordinary people. Job creation will also be high on his agenda, as currently one in five workers is out of work, according to a report by Bloomberg. To do that, Masisi will need to attract more foreign investment to Botswana.

Before handing over leadership of diamond-rich Botswana to his successor Mokgweetsi Masisi, President Ian Khama carried out a "farewell tour" by visiting all 57 constituencies in the country. The tour was meant to emphasize his status as one of Botswana's statesmen and highlight the nation's political stability.

"He leaves behind a bitter-sweet legacy," Segaetsho said. "In 2010, he launched a housing project and managed to build 800 houses for the poor." However, economically, there was little achievement as Khama's government failed to accept the pay rises demanded by public servants.

Born in 1953 to a British mother and a Batswana father, Sir Seretse Khama - the founding president of Botswana - his mixed heritage caused widespread shock as he grew up both in Africa and Britain. Khama became president in 2008 after serving as head of Botswana's Defense Forces. He took over from former President Festus Mogae and went on to win two elections: in 2009 and 2014 respectively.

President Khama won the 2014 election, but the opposition gained more seats than before

The 65-year-old, who is also a trained pilot and a graduate of the Royal Military Academy Sandhurst in Britain, is credited for bringing rapid development to the nation of 2.2 million people.

Under his leadership, Botswana's diamond and beef exports have soared. He leaves behind a stable government built on a reputation of good governance. Regionally, President Khama positioned himself as a moral leader, going as far as criticizing former Zimbabwean President Robert Mugabe and DRC President Joseph Kabila for hanging on to power for too long.

However, critics accuse him of having autocratic tendencies. "The civil society often complained about his hostility towards the media," Segaetsho said. Since independence in 1966, Botswana has been ruled by only one political party, the Botswana Democratic Party (BDP). Although the ruling party has won all elections, it garnered less than 50 percent in the 2014 vote, giving the opposition Umbrella for Democratic Change (UDC) more seats in parliament. 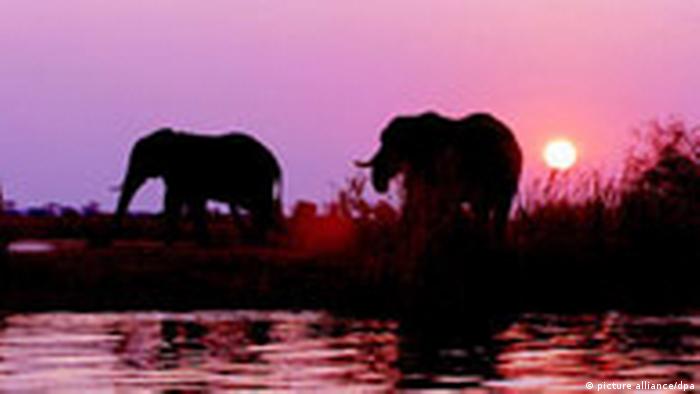 Despite boasting an average of 5 percent economic growth annually in the past 10 years, Botswana's unemployment rate has been rising since 2009 as a result of a slump in diamond prices.

The weak revenues forced Khama to abandon several investment projects. Kesitegile Gobotswang, deputy president of the Botswana Congress Party, said Khama will be remembered for creating a society of "beggars" by killing the spirit of self-reliance and creating dependency through handouts. "The economy shed jobs under his leadership," Gobotswang said.

Botswana's former leader Ketumile Masire has died. He played a key role in spearheading the country’s economic growth and brokering a peace deal in Mozambique between the opposition party Renamo and the government. (23.06.2017)

Botswana has seen a steep rise in executions since President Mokgweetsi Masisi took office just over a year ago. Human rights groups are calling on the nation to ban capital punishment.