Many popular Arab authors remain unknown in the West. That may change as the Frankfurt Book Fair invites the Arab League as guest of honor this year. But the nagging issue of censorship might not be touched upon at all. 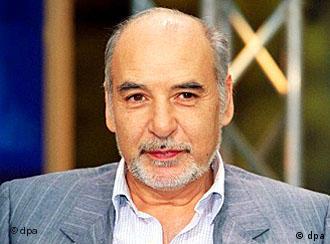 Of the around 120,000 foreign fiction titles translated into German, only about 500 come from the Arab world. It's a telling statement on the lack of information in the West when it comes to the diversity of the literary landscape in the Arab countries.

But that might be about to change as the spotlight falls on the Arab League at this year's Frankfurt Book Fair. Starting October 6, visitors to the world's largest book fair will get the chance to meet and get acquainted with the works of around 200 authors and artists from 17 countries of the 22-member Arab League.

But, even as the Arab League readies itself for the chance to showcase its literary talent on a western platform, it has been dogged by criticism of its program.

A few days ago, Moroccan culture minister and poet Muhammad al-Ashari said he found it hard to understand that Arabs, in 22 very diverse nations, were invited to the fair as a whole entity. Morocco, along with Kuwait, Libya, Algeria and Iraq, is not participating in the official program of the Arab League at the Frankfurt Book Fair.

Further criticism centers on the disproportionately large share of Egyptian authors among the invited guests as well as the lack of initiative to involve authors in exile.

The Arab League's program, which it unveiled at a press conference in Frankfurt in June, is comprehensive, to say the least: Poetry and prose readings, music, film and folkloristic events, discussion forums on globalization, human rights and reform in the Arab world.

Among the invited authors are prominent names in literary circles such as the poets Adonis and Mahmud Darwish, the Francophone authors Asia Djebar and Amin Maalouf, but also names largely unknown in Germany, such as the Saudi writers Raja Alim and Abduh Khal.

In addition to the exhaustive program, the Arab organizers at the Frankfurt Book Fair spoke glowingly of the Arab world wanting to initiate an open dialogue with the West as well as discuss controversial questions. At the same time, the organizers sought to play down or completely avoid grave problems such as the woes of the Arab book market and publishing industry.

The Arab organizers' unwillingness to discuss pressing issues was apparent when it came to the ubiquitous censorship in the Arab world. The director of the Muscat Book Fair in Oman, Muhammad Ali Hassan, explained why censorship was necessary. "Our societies have their specialties and traditions that need to be respected," Hassan said. "Everything that attacks Arab society or creates turbulence should be forbidden. Our societies still need protection," he told Deutsche Welle.

That seems to be the dominating opinion among Arab book fair circles. But censorship, which is one of the largest problems within the Arab world, is not even mentioned in the official part of the Arab League's Frankfurt fair program. Ibrahim al-Muallim, president of the Arab Publishing Association, instead claimed that Arab publishers have made great strides in the fight against censorship.

Khalid Qubaia, a Libyan publisher and official at the Arab Publishing Association, made no bones about the fact that his organization had clear views on censorship.

"Different benchmarks on censorship prevail in every Arab country," Qubaia said. "The Arab Publishers' Association agrees with two reasons for censorship: when a book compromises the security of a nation or when it doesn't reflect ideas of morality."

But that's not a view Jabir Asfur, director of the Egyptian High Council for Culture, agreed with. In the Arabic daily al-Hayat, Asfur recently praised German Oriental Studies and efforts to translate Arab literature into German.

At the same time Asfur was also self-critical. He wrote that neither individual Arab states nor the Arab League nor the Arab Publishers' Association had ever set up initiatives to support the translation of Arabic literature into other languages.

But, this self-criticism comes late. On the one hand Arab intellectuals have been demanding for years to set up a fund for exactly that purpose. On the other, uncertainty still surrounds a list with Arab books that are meant to be translated into German and English on the occasion of the Arab League's guest performance at the Frankfurt Book Fair.

One thing is clear though: suspense and heated discussion are guaranteed this year at the Frankfurt Book Fair.

Building a bridge between the Middle East and the west is no small task, but its something the organizers of this year's book fair in Frankfurt hope to accomplish. Can literature and commerce do the job? (June 28, 2004)

While the International Literature Festival is under way in Berlin, with up to 120 international writers attending the event; DW- WORLD looks at how contemporary German fiction is fairing abroad. (Sept. 26, 2004)

Internet portal for dialogue between Germany and the Islamic world