The world's biggest book fair opened in Frankfurt on Tuesday evening, shining a spotlight on the flourishing literary scene in guest country India and the rise of the Internet as a challenge to the printed word. 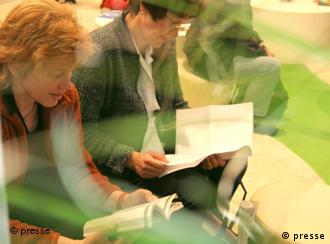 The Frankfurt Book Fair draws thousands of visitors each year

India has been featured at the 58-year-old fair once before, two decades ago, but its publishing industry has changed as dramatically as the country in that time, with its thriving economy and growing international profile. 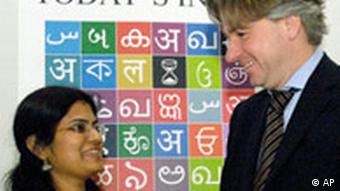 "We're talking of a country so diverse that it is difficult to present all the colors, all the languages, all the flavors, all the moods of India," Nuzhat Hassan, director of India's National Book Trust, told reporters in Berlin in the run-up to the fair.

About 70 of the country's hottest writers, including Amitav Ghosh and Kiran Desai, will present their work at the event which is expected to draw more than 7,000 exhibitors from 111 countries and some 280,000 visitors before closing Sunday.

"The book fair is a mirror of the industry's development worldwide," fair director Jürgen Boos said, hailing the rapid growth of both the event and the sector.

German editions of about 55 Indian books are ready for the show, but Hassan acknowledged that works in Hindi and English had a major advantage over those written in any of the other two dozen official languages in India, for which it is difficult to find translators. 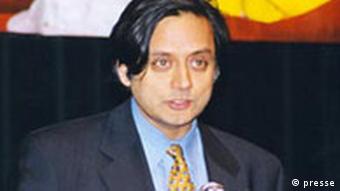 Two of Tharoor's books have been translated into German this year

Author and diplomat Shashi Tharoor, until recently a candidate to succeed UN Secretary General Kofi Annan, will also be in town, to present the German translation of his satirical novel "Show Business."

Among other international literary luminaries expected are Zadie Smith, Ken Follett, Günter Grass, and Frank Schätzing, who has sold the film rights to his international bestseller "The Swarm" to Uma Thurman.

The event has zeroed in on Asia in recent years, courting major players with the aim of becoming the premier showcase of literature from the region.

China, the key licensing market of the future and the fair's guest country in 2009, has doubled its display space in Frankfurt. Taiwan, Thailand and Japan have also massively increased their presence at the event.

The boom in electronic publishing will also be in focus this year, as well as concerns posed by Internet portal Google's practice of posting scanned pages from books online which has landed it in hot water with publishers and authors.

"It is a real problem," Boos said.

A new system that would allow publishers to guard their copyrights by attaching conditions to reproduce content seen online is set to be unveiled at the event.

The book fair also hopes to rise to the challenge posed by new media by offering a "Digital Market Place" where software companies can promote multimedia products, particularly in academic and technical fields. 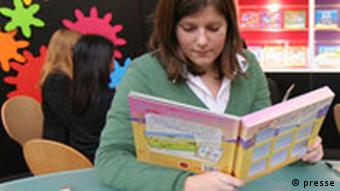 Traditional publishing of books is increasingly challenged by the Internet

"The book is increasingly becoming obsolete in this sector," Stephan Füssel, director of the Bibliology Institute at the University of Mainz in western Germany said, noting that major scientific publishers in Germany already posted two-thirds of their publications online.

The fair will also feature a "Berlinale" day Thursday in honor of the Berlin Film Festival held each February.

The aim of the event, which will feature screenings of a number of recent films based on novels, is to promote book fairs as prime hunting ground for Hollywood hot shots scouting new material.

The fair attracted about 280,000 visitors in 2005, when South Korea was the guest country. Next year's event will highlight Catalonia followed by Turkey in 2008.

The event will wrap up Sunday, Oct. 8 with the awarding of the prestigious German Booksellers' Peace Prize to German sociologist Wolf Lepenies. Previous winners include Turkish novelist Orhan Pamuk and US essayist and critic Susan Sontag.

Ahead of the Frankfurt Book Fair, DW-WORLD.DE spoke with Indian author Amit Chaudhuri about the West's love affair with Indian writing and the roles of English and literature in a multilingual, globalizing country. (27.09.2006)