The 8th Opera Gala Bonn for the German AIDS Foundation not only offered guests top-class arias, but also raised nearly one quarter million euros in donations in the fight against HIV. 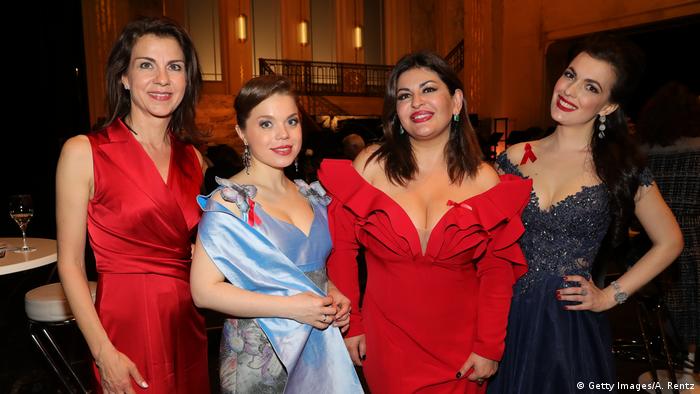 The presenter for the night, ARD's Anja Bröker, noted that the event raised €240,000, a new donation record for the German AIDS Foundation. 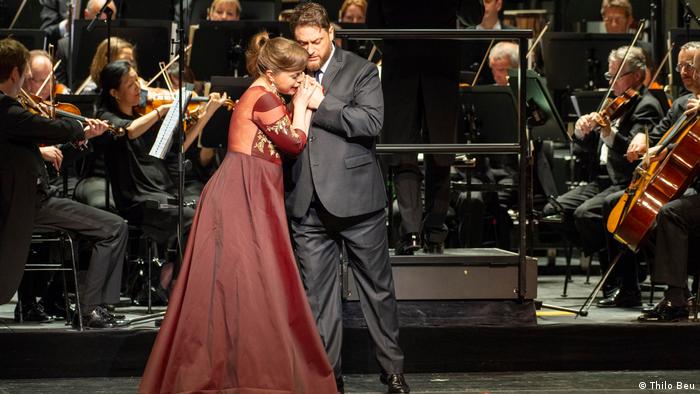 Among the high-caliber performers were the sopranos Ruth Iniesta, Olena Tokar and Veronika Dzhioeva, while the mezzo-soprano and renowned Rossini interpreter, Lilly Jorstad, also thrilled as Cinderella.

Bassist Alexander Roslavets impressed with his sonorous voice in Verdi's Macbeth and Beethoven's Fidelio, while baritone Mattia Olivieri convinced with his take on "Ford's Aria" from Verdi's Falstaff.

Spanish tenor Airam Hernandez chose "Una furtiva lagrima" (A Furtive Tear) from Donizetti's Love Potion, for which he received extended applause. He also sang Werther's song "Why do you wake me?" from Jules Massenet's opera, Werther.

"I chose these two arias because they speak of hope," Hernandez told DW. "Some people who have HIV may think this is the end of their lives, but that's not true. These AIDS foundations give them hope." 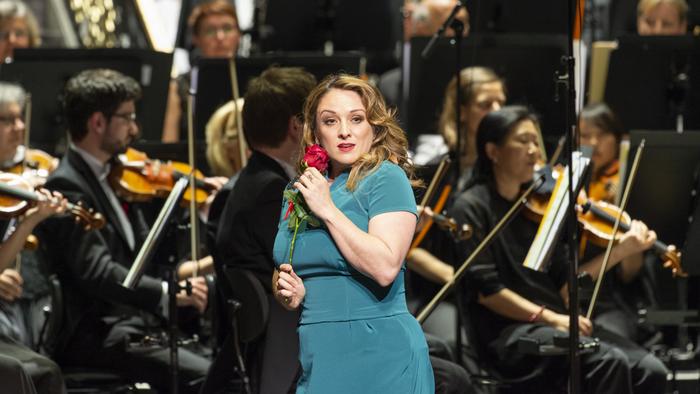 Despite the considerable medical progress made in fighting the disease since the 1980s, AIDS is still not curable, noted the initiators of the opera gala, Helmut Andreas and Arndt Hartwig. The latter told DW that AIDS patients are still discriminated against in Germany. "To date, there still doctors who have difficulties serving HIV patients at all, and we want to clarify that this fear must end."

Patrons Uschi and Ranga Yogeshwar spoke to the audience about their motivation to engage in educating young people about HIV/AIDS, and informed them about their project in Hennef to educate students — and their special connection to classical music.

"AIDS was in the popular consciousness in the 1980s," said ARD science journalist Ranga Yogeshwar. "Today, many young people do not remember exactly what AIDS is."

But the money raised on Saturday night would help to maintain the struggle against AIDS, said partners of the German Aids Foundation on stage between the arias. Donations would go towards, for example, the "Dream Project" in Mozambique through which HIV-infected pregnant women are supported, and supplied with medication, so that the virus is not transmitted to their children.

With the help of world famous opera stars, the German Aids Foundation opera gala in Bonn aims to raise money to support people suffering from HIV/AIDs in Mozambique. (10.05.2019)

Can good spirits and operatic arias effectively combat a worldwide scourge? The German AIDS Foundation's gala concerts show one way how that might be done. (22.05.2016)