Bolkovac: ′UN tries to cover up peacekeeper sex abuse scandal′ | Europe | News and current affairs from around the continent | DW | 29.02.2016

The UN have promised to investigate allegations of sexual abuse by peacekeepers in the CAR. Human rights investigator and whistleblower Kathryn Bolkovac tried to investigate similar cases in Bosnia - and lost her job. 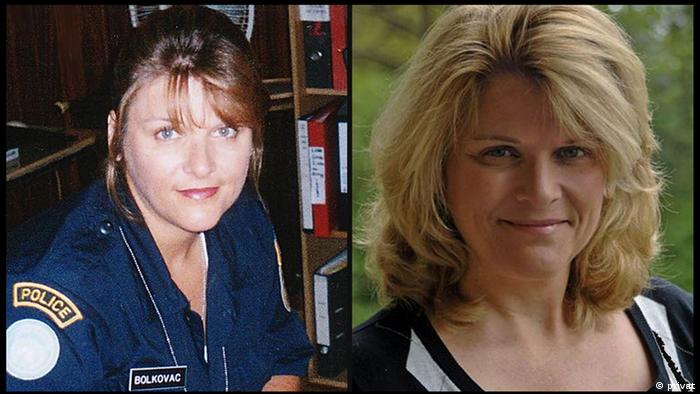 DW: Some would say the scandal over sexual abuse of women and boys allegedly committed by UN-peacekeepers in the Central African Republic (CAR) is an isolated case. What are your experiences from your work as a human rights investigator for the International Police Task Force in Bosnia-Herzegovina?

Kathryn Bolkovac: What happened in Bosnia to the victims of human trafficking in the 1990s and 2000s is quite similar to the Central African Republic scandal: Specifically the abuse of vulnerable populations by organizations who are created and bound to protect, and the continued scandals surrounding the UN botched, covert and now overt, attempts to remove, terminate and discredit those who blow the whistle on their deeds. The terms cover-up and whistleblower are common within the walls of the United Nations and peacekeeping missions. I became aware of the sexual abuse in CAR last year while doing some consulting with international experts related to "Code Blue Campaign", to consider the best way to expose and disrupt the continued practice of the UN. What used to be complicity by the UN by turning a blind eye has grown into a one-eyed monster, blatantly impeding proper investigations and prosecution of crimes committed by peacekeepers. The smoke screen still lies with blaming the member states and claiming the UN has no control over disciplinary measures or prosecutions of peacekeepers from contributing states. To some extent this is true.

What cases did you find in Bosnia?

There were many cases, but they were never prosecuted: Young girls from Romania, Ukraine, Moldova and other Eastern European countries being brought in to service the UN and military bases as sex-slaves. The cases involved the officers from many foreign countries, including the USA, Pakistan, Germany, Romania, Ukraine, government contractors, and local organized criminals. The human rights investigators were never allowed to fully investigate, the suspects were immediately removed from the mission or transferred to other missions. The young women were simply sent back to their home countries.

Did the UN-officers know that the girls were victims of human trafficking? 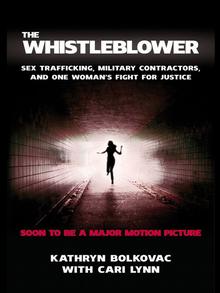 Her book inspired the movie "The Whistleblower" (2010), starring Rachel Weisz as Kathryn Bolkovac

Human trafficking was really not a term that was widely used in 1999 and 2001. I think that most UN officers considered these girls to be simply prostitutes. But they were trafficked into Bosnia from other countries and coerced to perform sexual acts. Many knew they might end up in these conditions, but most had no real choice based on the economic conditions in their home countries and the desperation to survive.

Did the higher UN officials know about that?

They certainly did, because I turned my reports over to them along with internal affairs. This was well documented. Many high-level UN officials knew about this, right up to Jacques Klein, the head of the UN mission in Bosnia.

Was there any charge or trial against the replaced UN officers?

No. None. Charges were never brought because the investigations were never allowed to be completed. That was the reason I was terminated and fired from my job, because I was trying to investigate these cases. After that, I took DynCorp to court in the United Kingdom, and I won my case for wrongful termination.

Did DynCorp, the company you worked for, suffer any damages in the business with the UN after that court found you lost your job only because you tried to investigate those cases?

What are the possible causes of such behavior from officers on UN missions?

I think there are many causes. Part of this is that many people lose sight of their morals when they are 5,000 miles from home and think they will not get caught. Then they see that even if they are caught nothing of any consequence will happen to them.

UN Secretary General Ban Ki-Moon appointed security expert Jane Holl Lute to coordinate the UN response to allegations of sexual abuse by peacekeepers. After everything you went through, do you think the efforts of the UN are reliable?

I don't think that UN efforts are reliable at all over the last 15-20 years with regard to actually trying to do something to stop the sexual abuse of women and children in missions. They still refuse to send proper investigative teams to the field and they certainly are still trying to cover things up. All of this talk that they are giving out really is just talk, and it is clear that the highest-level officials of the UN will cover things up just to save their own reputation rather than doing the right thing.

What should be changed in the policy of the UN to curb sexual abuse on international missions?

The former US policewoman Kathryn Bolkovac was hired in 1999 by DynCorp Aerospace for a UN post aimed at cracking down on sexual abuse and forced prostitution in post-war Bosnia-Herzegovina. She found evidence that some UN officers were taking part in the trafficking of young women from Eastern Europe as sex slaves. After having tried to investigate those cases, she was fired. Later, Kathryn Bolkovac was nominated for the Nobel Peace Prize.

The UN says Congolese soldiers are the latest peacekeepers to be implicated in rape cases in Central African Republic. Last week allegations emerged against French and Georgian soldiers stationed in CAR. (04.02.2016)