Three engineering firms, two German and one Swiss, are bidding for the right to build a lithium processing plant the in highlands of Bolivia. Lithium-ion batteries are used in mobile phones and electric cars. 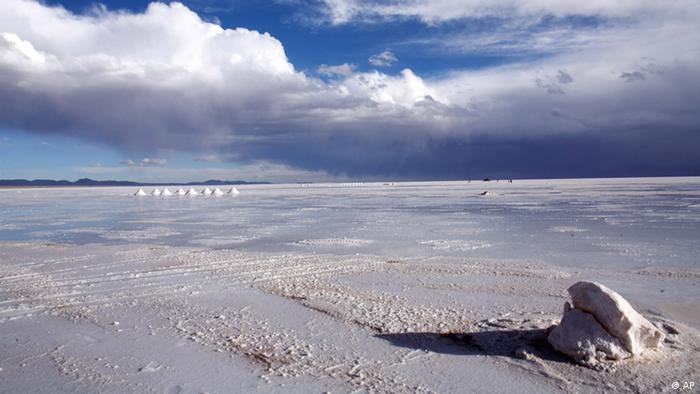 Bolivia's National Evaporative Resources Management Board (GNRE) this week invited bids for the rights to build a plant in Bolivia to process lithium mined from Salar de Uyuni, a vast salt flat in the Bolivian highlands.

Bolivian Mining Minister César Navarro announced on Tuesday in La Paz that only three firms met the technical requirements of the call for bids to build the planned lithium carbonate production plant: K-Utec, Ercosplan, and SEP.

K-Utec and Ercosplan are both based in the state of Thuringia in Germany, while SEP is based in Winterthur, Switzerland. The bidders now have ten months' time to submit detailed engineering plans in support of their bids.

Lithium, the lightest of all metals, is the key ingredient in lithium-ion batteries, which are currently the best available technology for powering mobile phones and e-cars. Tesla electric vehicles are powered by battery packs made of thousands of small lithium-ion cells similar to those that power mobile phones.

Salt flats in the highlands of Bolivia are thought to hold six million tonnes of untapped lithium reserves, and similar salt flats a bit further south in Chile and in Argentina also hold millions of tonnes. 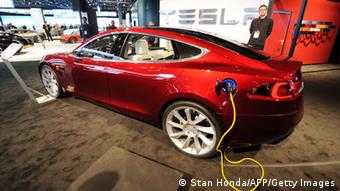 The Salar de Uyuni in Bolivia is the country's premier lithium resource. It's comparable to Chile's Salar de Atacama, which is that country's lithium jackpot.

"Salar" means salt lake in Spanish. The salars in the Andean highlands of South America - the "altiplano" that runs north-south along the western side of the continent - are shallow lakes covered by several meters of salt crust, covering vast shallow pools of brine that are exceptionally rich in lithium. These salt flats and brines are what is left over from a series of enormous prehistoric lakes dating from the most recent Ice Age. After those lakes gradually dried, they left the Andean Salars, with their salt and brine deposits.

China - the biggest market for lithium

If the world shifts to electric cars, Bolivia's lithium reserves could provide a major windfall for the country. And a push for e-cars by China's government promises to ensure a very large market for e-car batteries within a few years' time.