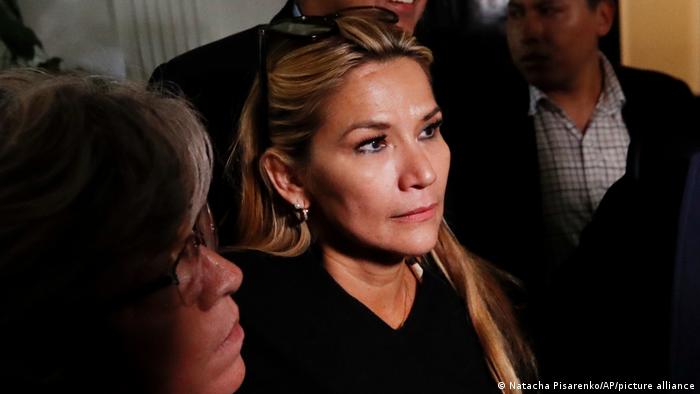 Bolivian prosecutors said on Friday that former interim president Jeanine Anez will be put on trial over the deaths of 20 protesters in 2019.

The charges against her were "provisionally classified as genocide, serious and minor injury, and injury followed by death" during protests in the Bolivian towns of Sacaba and Senkata, said attorney-general Juan Lanchipa.

The move follows a report from the Organization of American States (OAS) on Tuesday that claimed that Bolivian security forces carried out a massacre when Anez took over following the resignation of Evo Morales.

Protesters claimed that he had committed election fraud, an accusation which was later corroborated by an OAS report.

After Evo Morales fled the country fearing for his life, conservative Anez took over as president. At the time, Anez served as the most senior member of the country's parliament.

Morales' party, Movement for Socialism (MAS) boycotted the naming of Anez, accusing the interim government of staging a coup.

More protests followed, in which 37 people died. The "massacre" investigated by the OAS allegedly occurred in two demonstrations where 20 Morales supporters were killed in clashes with the police.

Arce pledged to seek justice for the dead protesters after he was sworn into office in November.

Former president Morales then returned to the country and was granted a pardon along with all those arrested in protests.

Police arrested Anez in March 2021 on accusations of leading a coup against Morales and terrorism. She has been in detention ever since.