Nigerian radical Islamist sect Boko Haram has posted a video to YouTube containing footage of a bombing at the offices of a newspaper, threatening more attacks on other media outlets. 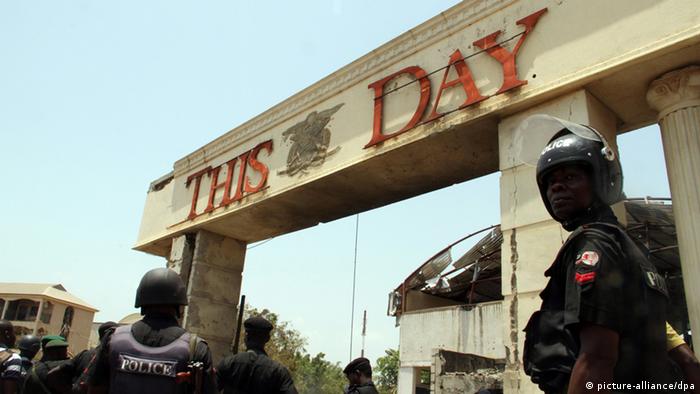 A video released late Tuesday and attributed to a radical Islamist group in Nigeria showed footage of last week's attacks on newspaper offices, with members threatening further violence against other media outlets.

The YouTube video showed a smiling suicide bomber as he drove into the offices of ThisDay, a leading daily in Nigeria. The attack last week in the capital Abuja killed at least three people, while a parallel bombing of offices the newspaper shares with other publications in the northern city of Kaduna killed at least four.

A narrator in the video blames ThisDay for bias and inaccuracies in its coverage of Boko Haram, a radical sect that has carried out dozens of deadly attacks across Nigeria. Over 18 minutes he makes new threats against journalists and other Nigerian newspapers, as well as the Hausa language service of the Voice of America and Radio France International.

The speaker mentions a controversy surrounding ThisDay that took place in 2002, when the paper published an article suggesting the Prophet Muhammad would have married a Miss World beauty pageant contestant.

"The punishment for that is the person should be killed, especially when you're talking about Prophet Muhammad," the man said. "These media outlets have committed serious crimes that are harmful to Islam, which we can't forgive."