The singer of "House of the Rising Sun" and founder of the band The Animals is considered one of the greatest white blues performer ever. Following his 75th birthday, Eric Burdon will once again go on tour. 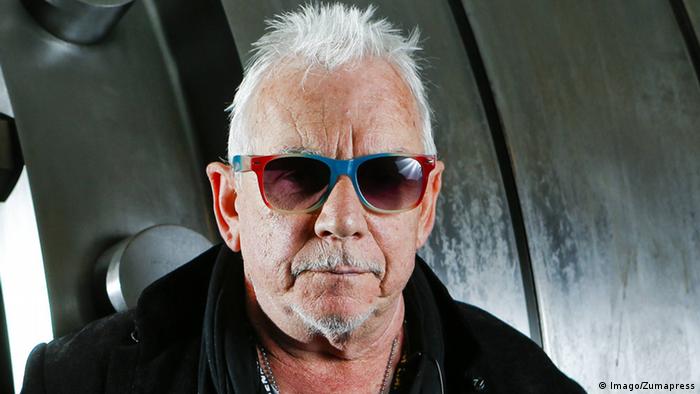 Back in 1964, The Animals were storming the charts in Britain, the US, Canada and Australia with their blues hit "House Of the Rising Sun." Their version of an old American folk song tells the story of a young man who wastes all his dough in a brothel called "house of the rising sun."

Since his childhood, Eric Burdon has been all too familiar with poverty, marginalization and the lifestyle of gamblers and junkies.

Burdon was born in the middle of World War II, on May 11, 1941, in the industrial hub of Newcastle upon Tyne in northern England, and grew up in a poor family. "I was born shouting the blues, loud enough to be heard over the Nazi air raid," he once told the online magazine "Hollywood Soapbox." 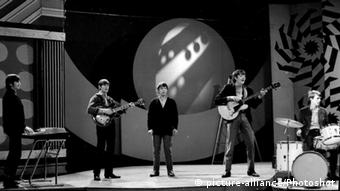 The Animals in 1966, shortly before separating

Overnight success with The Animals

He remembers hearing Muddy Waters as a young man: "I knew instantly that was what I wanted to do," he told the Australian daily "Sydney Morning Herald."

During the 60s, the era of protests against racial segregation and the Vietnam War, Burdon made his dream come true. In 1961, he performed for Alexis Korner's band Blues Incorporated, through which he met keyboarder Alan Price. Together they founded The Animals in 1963.

The band achieved a major breakthrough with "The House of the Rising Sun" in 1964. Burdon claimed that recording the piece took him only 15 minutes as, to him, singing that song that he had already been singing at age 16 was simply routine. Other extremely successful hits of the band were "Don't Let Me Be Misunderstood," which later on became the title of one of Burdon's numerous biographies, as well as "We Gotta Get Out of This Place," which became the unofficial anthem of US soldiers in the Vietnam War.

Much to the detriment of The Animals, Alan Price left the band in 1965, taking along the rights of "House of the Rising Sun." The band barely managed to stay afloat until 1966. From then onwards, the band's line-up continually changed. 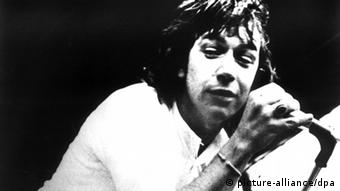 A drug-infused era: Eric Burdon in 1971 during a concert with his band War

Returning to the blues, Eric Burdon founded the new band, called Eric Burdon and The Animals, together with his former percussionist, Barry Jenkins.

Among the hits he created during his "psychedelic phase" in the late 60s were "When I Was Young" and "Monterey" - the latter was about Burdon's LSD trip at the Monterey Pop Festival in June 1967. Drugs seem to have been the major factor determining Burdon's success or downfall.

In 1969, the singer got to know the band The Night Shift. He was fascinated by their funky blues. It inspired him to start a new funk rock band called War, with a first successful album called "Eric Burdon Declares War."

In the beginning of 1971, Eric Burdon suffered a total breakdown after a show that forced him to slow down. He didn't manage to get clean.

Following numerous drug excesses, Burdon moved to Germany in 1977, accompanied by his wife and daughter. Back then, Germany saw a comeback of American blues. German rock musician Udo Lindenberg, deeply impressed by Burdon's voice, took him along on a tour in 1979.

But once again, drugs upset Burdon's career, and even got him arrested in Germany in 1983. His friends of the former band The Animals helped him return to the US, but even there, he was not able to achieve a major success once again.

Late honor in the Rock and Roll Hall of Fame

Burdon had to wait until the 90s to be crowned by success once again with his Eric Burdon-Brian Auger Band and their song "Access All Areas." Since then, Eric Burdon has once again been present on the stage and in the heads of his old and new fans. In 1995, The Animals were inducted into the Rock and Roll Hall of Fame. 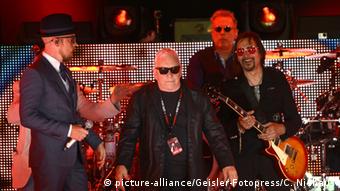 Burdon's 50-year career as a musician has seen countless ups and downs. Experimenting with numerous musical styles, he has worked with famous musicians, among them Chuck Berry, Jimi Hendrix, Bo Diddley and Ray Charles: These musicians all taught him to use his voice in unique ways, to express his personal truth, he once revealed.

Eric Burdon has also expressed these inner truths through painting, writing and acting. As an actor, he has basically played himself, more or less, such as in Christel Buschmann's film "Comeback," featuring the comeback of a former rock star, where he played the lead role.

With his 75th birthday, Eric Burdon celebrates yet another comeback. Once again, the pioneer of British rhythm and blues has set up a new formation of The Animals. After his birthday, he will go on tour with his new band, starting in Australia to then travel across the US and Europe. On September 7, he is set to perform in his hometown Newcastle upon Tyne, where he'll definitely sing the praises of the "House of the Rising Sun."

George Martin 'introduced the recording studio as an instrument'

George Martin cut up recording tape and pasted it together to achieve John Lennon's sound - just one example of his genius. Musicologist Volkmar Kramarz explains how Martin's creativity rocketed the Beatles to fame. (09.03.2016)

50 years on: The Rolling Stones debut in Germany

By 1965, The Rolling Stones had released their eponymous debut album and staged a disastrous tour of the US. It was time to turn their attention to Europe - and to the biggest music market on the continent: Germany. (10.09.2015)

Beyond "Oye Como Va" and "Black Magic Woman," the US guitar icon who now turns 75 made a comeback at the end of the millenium.

Why Dessau's clout as a crucial vaccine producer doesn't come out of the blue 09.03.2021

The town of Dessau is spearheading a campaign across the German state of Saxony-Anhalt to become a hub for vaccine production in Europe. The plan has already gone far beyond being a mere ambition.