Blogs Making Baby Steps in German Politics | News and current affairs from Germany and around the world | DW | 02.09.2005

The German election is just over two weeks away and there are more and more political Weblogs popping up, but Germany is still in the teething stages when it comes to political online journals. 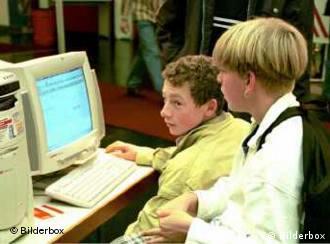 The blogosphere in Germany in still in the development phase

Carsten Dobschat didn't intend for his private Weblog, or blog, to be dedicated to the political realm. But as the entries in his blog's politics category continued grow, he realized they could sustain a blog of their own and in June the group-blog Kamikaze-Demokratie was born.

"It was a spontaneous idea to make a political blog that doesn't take politics too seriously," he said.

Weblogs also don't seem to be taken too seriously in the German political sphere. Unlike their cohorts in the United States, where blogs have become an influential part of the media, bloggers in Germany do not expect to have much of an impact on the country's election this September.

"Germany is still a developing country when it comes to blogs," said Markus Beckedahl, who blogs at netzpolitik.org. "The awareness of blogs as a means of political communication needs to be raised in Germany."

Though Germany is home to an estimated 50,000 blogs, most of them deal with political topics as a result of the decision to call early elections. They have names like Election Blog and Election Blog 05.

"Up until now in Germany, political Weblogs have been solely a campaign phenomenon," said Christoph Dowe, head of Politik Digital, an organization that keeps its eye on political uses of the Internet. "Weblog culture in the USA has already penetrated much deeper in the media culture."

Using blogs to get out the vote 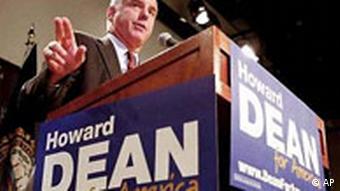 While American political parties have already refined how to use Weblogs to their advantage in motivating voters to get involved in campaigning, it's a skill Germany's top-down parties have yet to pick up on, said Michael Essbach of the Weblog Küchenkabinett (Kitchen Cabinet).

"A reason for the smaller role of Weblogs is definitely that campaigns in Germany are not traditionally as anywhere near as involved with mobilizing voters to take part in campaigning as in the United States," Essbach said.

Though it's not possible to compare German politicians' blogs with other nations more in-tune with blogging as a whole, the country's politicians aren't yet using the medium to get out new information, according to Jan Knöttig, who doesn't hide his political leanings in his own stoppt-merkel.de site. Its subject is Angela Merkel, the conservative union's candidate for chancellor. He is not one of her fans.

"It is great that so many politicians have discovered blogs for their campaigns," he said. "But too bad that most of them do not really concentrate on their entries, giving them all the charm of a press release."

For politicians, who are the ones behind most of the country's political blogs, this is their first foray into this brave new world. They are using the Internet journals as a way of informing and reaching out to voters. 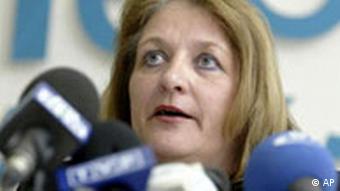 When not confronted with microphones, Sabine Leutheusser-Schnarrenberger uses her blog to get her positions across

"The Weblog makes it possible for me to have direct contact with citizens," said Sabine Leutheusser-Schnarrenberger (photo), a member of the Free Democratic Party, Germany's free-market liberals. "This form of online diary is important in getting across my positions while campaigning."

Christian Democrat Dorothee Mantel said she mainly uses her blog to connect with constituents in addition to publicizing her stances on the issues.

"Weblogs are an excellent way to come into direct contact with people," she said.

More politicians would be well advised to follow her example or no one will miss them when they disapper after the election.

"Maybe one day the realization will come through that the Internet can lead to a new form of communication between politicians and voters," Politik Digital's Dowe said. "That is a long way off in Germany, but in the long-term there is no getting around opening up two-channel media formats."

Walk down any street in Germany these days and you can't miss them -- politicians' faces beaming down from campaign posters. But the battle for votes has also caught up with the times, and gone online. (Aug. 25, 2005)

As Deutsche Welle's 2005 Best of the Blogs starts its second year, jury member Ammar Abdalhamid talked about facing government pressure in Syria and the role of blogs in countries with limited freedom of the press. (Sept. 1, 2005)

The BOBs - Best Of The Blogs

Join the Deutsche Welle's Best of the Blogs awards