Blogger Eliot Higgins launched Bellingcat on July 14 - it's an open-source site for investigative journalism. Bellingcat aims to bring journalists together to share tech tools, and also to be a learning platform. 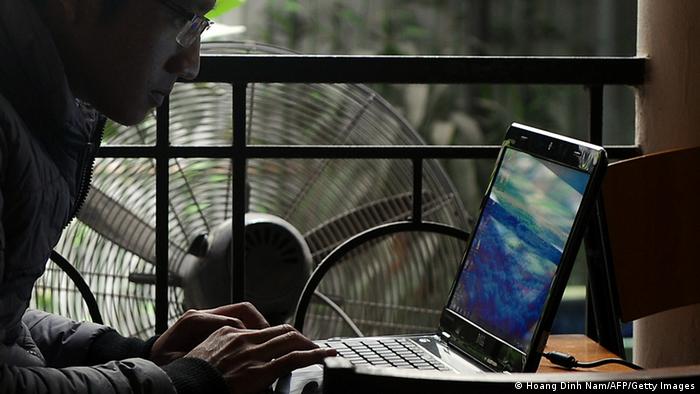 Deutsche Welle: This is the beta version of Bellingcat. Do you have a plan for the test version and the final version? And who is allowed to participate?

Eliot Higgins: The beta is for anyone who donates to the Kickstarter we are doing. And part of what we are doing with the beta is trying to integrate this technology. For example, an organization called Meedan has developed Checkdesk, which allows people to collaboratively verify social media - it's a very useful tool. We are trying to get that integrated into the site and are building a community around that tool. So we are trying to engage with different areas - crowdsourcing answers for "is this video genuine or not?" And having a good system to do that, but also have other things that individual writers using the tool to solve a problem can focus on.

You just mentioned that if someone donates to the project, that person can participate. Does that mean that there's no limit in terms of how much you donate - or is it more like, the more you contribute the more you get?

Well, with the Kickstarter, the minimum amount is 5 pounds [around 6.33 euros, or $8.57]. And then there are different tiers, if you pay more; I'm doing an hour-long video for a certain level, talking about different verifications, going into detail. I'm doing some special podcasts people can listen to at the higher level. I can do events. So there's whole range of tiers you can get. There's even a Bellingcat t-shirt for those people who want it.

This sounds a little bit like Storyful, the Dublin-based verification service. So why would people use your tool as opposed to Storyful? 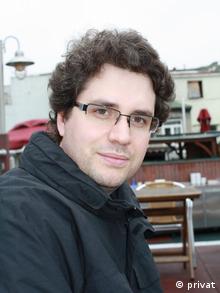 Storyful is very much about finding out whether the content is genuine, and finding out who originally produced it. It's not really about developing stories around it. So for example, I've been working on the August 21 sarin attacks for the past 12 months, and I've been finding that every month, I find something new. That's not the kind of work Storyful does.

What I'm really talking about is more about investigative journalism - using open source information, and using people's knowledge. For example, we've got someone who's in Nigeria, and they'll use open-source information to see what the army and Boko Haram are doing, but also investigate on the ground - so combine two kinds of investigation. That's the kind of thing I really want to encourage: getting people to use these tools, but also using traditional journalistic methods to investigate interesting stories.

Investigative journalism tends to be quite secretive, and people are not always willing to share. So how does this tool work in light of that?

The stuff we are looking at is open source, so it's out there already. And really what we are trying to do is encourage people to look at certain tools. For example, we are going to be working with the investigative dashboard that is being developed by Google and the Organized Crime and Corruption Reporting Project (OCCRP). It's a really great tool for investigating cross-border crime because it allows you to look up government business databases across the world from one site, and also get assistance in your own investigation.

We are going to have an ongoing project where we use that tool and work with a group called Hacks/Hackers in London to investigate who owns what in London; particularly which eastern European businessmen own private properties in London.

You did mention Google Ideas and the OCCRP. What kind of contribution can Google bring to this project? Is there going to be anything more than what has been done in the Investigation in London?

Yea, Google Ideas is very supportive - they've been helping with the OCCRP on the Investigative Dashboard. They are working with other projects at the moment as well - which I can't go into detail about yet, but which are quite exciting. Obviously, they are really going to change the way how this field works.

But for the time being, there are a lot of organizations developing software for this. For example, CrisisNET has just been developed, which does something very simple. It scans YouTube and Facebook pages being used by opposition groups in Syria, looks at keywords and puts them onto a live map of Syria. With this system, you can actually have a live map of which keywords are appearing in which areas.

And how much of this open source work will rely on social media or other tools online? Do you have a sense of how different tools may contribute? 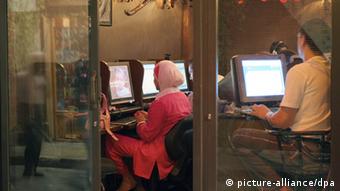 It's been quite interesting. If you look at Syria and Iraq, you get a very consistent way in which social media is used. On Facebook and YouTube, you have specific media groups and opposition using it. It's kind of controlled. You have these nodes where everyone goes to post the information.

But when you look at something like Ukraine, because there's free access to the Internet, everyone's got camera phones and an Internet connection. You get stuff spread all over the place. So these sorts of original sources are dispersed all over the place, so it's a lot harder to work with.

So I'm really keen to start thinking, "how do we adapt to the challenge of that kind of environment?" We've already got an idea of how we can work with Syria and Iraq - those are areas where we've got very consistent way of dealing with social media content. But in Ukraine, it's a very different story - it's a new challenge to be met.

A Facebook group is helping thousands of blind school children in Bangladesh continue their education. DW honored the project known as Bangla Braille with its Best Innovation award as part of the Bobs. (29.06.2014)

Plans for an online encyclopedia of African traditions and culture were announced recently. The project, which has been dubbed the "Africa's Wikipedia" has potential, but still faces a lot of challenges. (11.07.2014)

An online game helps resolve the structure of human genes that trigger disease. Users align genetic sequences using the best tool there is for this task - the human eye. (30.05.2014)