Wisent reintroduction experts have been urged by Germany's top civil court to find a solution in their row with forest-owners. Angered by bark grazing, plaintiffs want Germany's only wild bison removed from their woods. 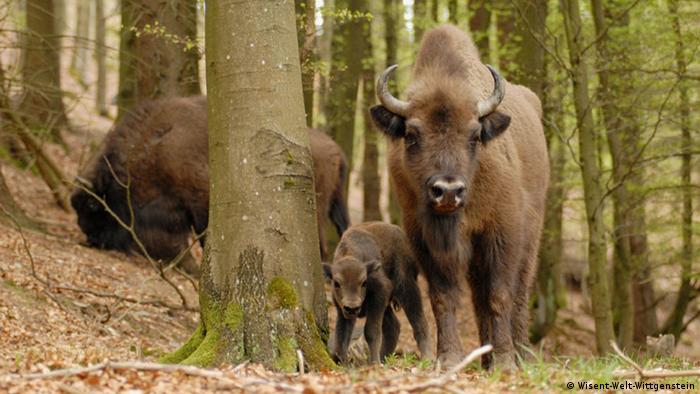 Presiding Supreme Court Judge Christina Stresemann did not issue a final ruling Friday, telling conservationists that the fate of their wisents — set free in Germany's Rothaar Mountains five years ago — depended on them finding a long-term solution based on experience gained so far.

Both the forest-owners and a bison protection group had lodged appeals in Karlsruhe, the seat of Germany's top courts, challenging lower court deliberations in Germany's most populous state of North Rhine-Westphalia over releasing Europe's largest surviving mammal species into the wild.

Wisents, once near extinction, like America's bison, roamed pre-historic Europe, from Spain, where they are depicted in cave paintings, to southern Scandinavia across to the Caucasus and even Iran. 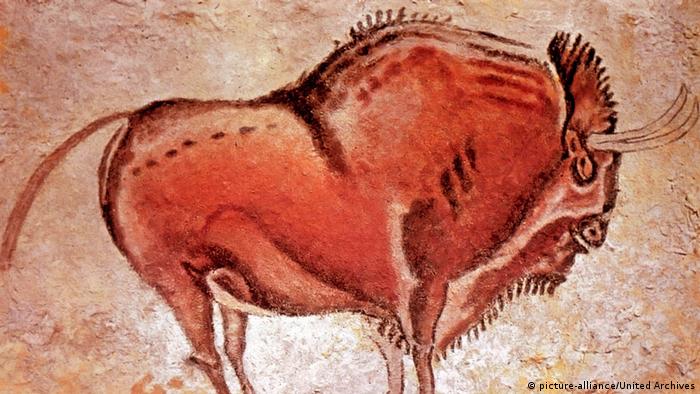 An 11,000-year-old bison sketch was found in Spain's Altamira cave

The Wisente-Welt [Wisent World] Association, whose center draws tourists to Bad Berleburg in the forested mountains where NRW borders the state of Hesse, set free eight wisents in 2013, endorsed by regional authorities, scientists and sponsors.

That release made the animals, which can be up to 900 kilograms (1,985 pounds), "specially protected fauna" under Germany's Nature Conservation Act, which prohibits wild animals from being pursued, disturbed, captured, injured or killed.

The herd, which the association said is now about 20 animals and forest-owners counter numbers above 30, wandered out of its designated 4,300-hectare (10,600-acre) zone and "penetrated, among others, the property of the [forest] owners," noted the Karlsruhe court.

Romania: Return of the European bison

Romania: return of the European bison

Compensation paid by the association and from public funds did not satisfy the owners, whose red beech trees also grow in a Natura 2000 zone – part of an EU natural habitat rejuvenation scheme. The owners instead applied for the animals to be removed without bureaucratic twists.

"We do not want to be compensated for the death of the forest that belongs to us," a lawyer for the foresters said. "We want these beech trees to be protected."

The paradox, a lower court said in 2017, was that to fulfill the forest-owners' demand the wisent association would have to apply for an exemption under the Nature Conservation Act to capture the wild-ranging animals.

"The group moves freely in the forested areas. We no longer have an overview. That was exactly what was planned," said wisent association spokesman Michael Emmrich.

Declines in the European bison population accelerated from the Middle Ages, leaving only remnants maintained by nobility for hunting, notably in what is now Poland and Belarus. By the 1920s, they had almost died out across Europe. 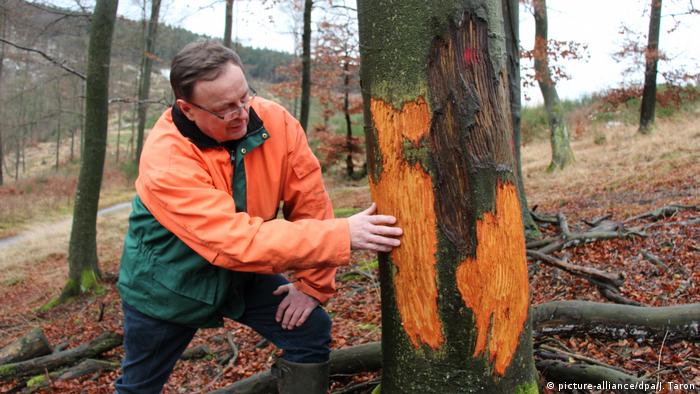 A forester examines bark damage in 2014

Breeding from only a handful of wisent survivors in zoos, herds were re-established and released into the wild – from 1952 in Poland's Bialowieza forest region, and latterly across Germany's Rothaar mountain range.

Late last year, local Christian Democrat conservatives said the Rothaar Mountains' wisent release, although "certainly well-intended," had become a public risk, also on roads through the forested area. "A collision of a car with a bison is highly dangerous," the political party said.

The branch also spoke of a "wisent attack in 2016 on a hiking group with a dog" that was reported to have been traversing the region's scenic Rothaarsteig track, saying guests now avoided known bison areas.

"They don't behave shyly towards humans," the CDU said, contradicting the association's assertion that the wisent behaved cautiously.

On its website, Wisente-Welt gives tips on how visitors should behave during bison encounters: "stay on the marked tracks, keep your distance, don't near them actively, don't feed them" and "avoid them after dusk."

Plans by Poland's government to allow the hunting of a limited number of wild bison, which proponents say are threatened by illness, have caused outrage among environmentalists. (09.01.2017)

A woman was gored by a bison at Yellowstone National Park in Wyoming after she approached within yards of the animal. (08.06.2018)