Worried by the potential damage to the climate, the EU wants to introduce tough environmental standards for biofuels it purchases. But some developing nations say this wouldn't be fair, and they may file a WTO complaint. 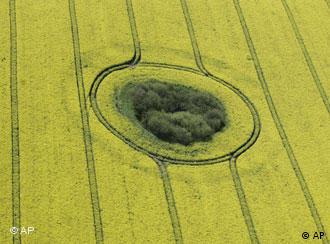 'Flower Power' is no longer just a hippie fantasy. But is it really green fuel?

Eight developing countries have told the EU that they might file a World Trade Organization complaint unless Europe reconsiders its new proposals on biofuels. The EU is set to decide on tougher biofuel regulations in the coming weeks.

Until recently biofuels were considered an exciting new source of renewable energy, creating fuel from plants like rapeseed. But environmentalists charge that using grains and oilseeds for fuel has pushed up food prices and forced farmers to start hacking into rainforests and draining wetlands in order to expand their agricultural output.

These concerns have resonated with the EU, and so the bloc intends to introduce new restrictions defining what type of land is suitable for creating biofuels. If the plans were to go ahead, fuels coming from what Brussels deems to be ecologically unsound sources would not be purchased by EU member states.

Argentina, Brazil, Colombia, Malawi, Mozambique, Sierra Leone, Indonesia and Malaysia have written a letter of complaint to the EU, criticising these new proposals, and threatening action unless Brussels reconsiders:

“They impose unjustifiably complex requirements on producers,” said the draft letter, which was obtained by the news agency Reuters. “Some of our countries don't exclude the possibility of defending their rights in the World Trade Organisation, as a last resort.”

The biofuel producers say that this legislation amounts to a double standard. European nations have already expanded into their wild areas so as to improve their overall quality of life, so Europeans have no right to stop other countries from doing the same, they argue:

“Provisions relating to land-use change will impinge disproportionately on developing countries, where there are stocks of undeveloped arable land which can be used for biofuels production,” the letter said.

In light of UN warnings about fossil fuel usage and clmate change, the European Commission, the home of new EU laws, has proposed that 10 percent of all road transport fuel should come from renewable sources by 2020. Much of that 10 percent would come from biofuels, creating a huge potential market on which nations like Brazil and Indonesia are keen to capitalize. 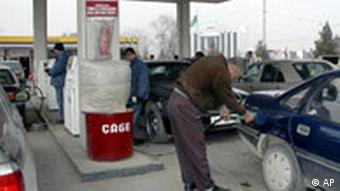 Your car most likely runs with some biofuels in it too

But as biofuels lose their popularity and their reputation as a truly green source of fuel, the EU has begun looking for other sources of alternative energy.

The spike in food prices over the last few years has also contributed to the move away from biofuels. The EU is planning to reduce the amount of fuels it purchases which are made from staple food crops like Brazilian sugar. The cap is currently at 10 per cent, but Brussels intends to reduce that maximum limit to six percent instead.

DW-WORLD.DE talked to Ricardo Dorneles, the secretary for biofuels in Brazil's ministry for mines and energy, about his country's biofuels industry and Brazil's relationship with the EU. (05.10.2008)