In a new message, al Qaeda leader Osama bin Laden warned Europe of a "reckoning" for publishing caricatures of the Prophet Mohammed. Intelligence officials said there was no indication when a possible attack might occur. 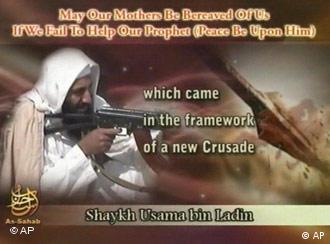 The audio message was posted on the Internet with English subtitles

Bin Laden's audio message, heard over a video image of him holding an AK-47 automatic rifle, coincided with the fifth anniversary of the start of the Iraq War. It was posted on al Qaeda's Web site on Wednesday, March 19, which is also the day observed in the Muslim world as Mohammed's birthday.

The militant leader said publishing the controversial caricatures of the Muslim prophet was a greater offense than the "bombing of modest villages that collapsed over our women and children," in a reference to the invasion of Iraq by US and European forces.

Al Qaeda may be planning attack on Europe

"The punishment will also be more severe," he said, addressing the "intelligent ones" in the European Union: "Don't listen to our words, watch our actions." 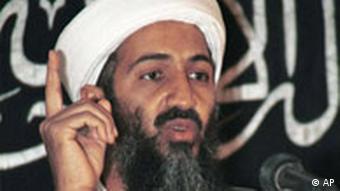 IntelCenter, a US-based terrorism monitoring group, said the message was "a clear threat against EU member countries and an indicator of a possible upcoming significant attack, however, it is unclear in exactly what timeframe it may occur."

"The reason they would do this is based on intelligence," he said as reported by Reuters. He also conceded that the terrorist leader has a strong influence on his followers.

"When Osama bin Laden talks, people listen -- his supporters and constituents throughout the world are motivated by his words and want to turn them into action," added Gohel. "Europe has become the battleground for al Qaeda."

Bin Laden specifically mentioned Pope Benedict XVI in the five-minute message, saying he played a "significant role" in the publication of the Mohammed cartoons, which he considered to be part of a "new crusade" against Muslims.

The pontiff is scheduled to visit New York City next month, where he is to speak at the UN, pray at the World Trade Center site and celebrate mass in Yankee Stadium. The New York Police Department said after the publication of the message that it was working closely with the Secret Service to up security standards for the pope during his stay. 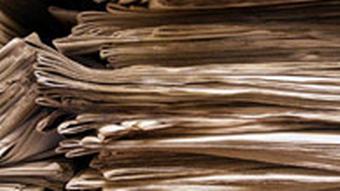 Danish papers republished the drawings out of solidarity with the cartoonist

A series of Mohammed caricatures, including one picturing the Muslim prophet with a turban resembling a bomb, were originally published in Danish newspapers in 2006 when they sparked violent riots throughout the Muslim world.

Seventeen Danish dailies republished the cartoons on Feb. 13 after police foiled a plot to murder one of the cartoonists. Bin Laden's new message is likely to cause particular concern in Denmark, where the controversial drawings originated.

Bin Laden, who has confessed to organizing the 9/11 terror attack on the United States, has a $25-million bounty on his head. He has been at large since Sept. 1, 2001.

His last message to Europe came in November of last year, when he admonished Europeans for partnering with the US in Afghanistan and demanded their withdrawal.

Should the German intelligence services only bug a terror suspect's telephone when an attack is planned on German soil? A threat of terrorism anywhere in the world suffices, ruled a Leipzig Court. (25.01.2008)

A German court on Wednesday, Dec. 5, convicted three men of backing the terrorist network al Qaeda and sentenced them to jail terms between three and a half and seven years. (05.12.2007)

How should Europe respond to bin Laden's latest message? Please include your name and country in your reply.