Billionaire entrepreneur to lead Ukraine | Europe| News and current affairs from around the continent | DW | 26.05.2014

After making a fortune manufacturing chocolate, Petro Poroshenko has demonstrated his political savvy, too, claiming the Ukrainian presidency. But who exactly is this entrepreneur-turned-politician? 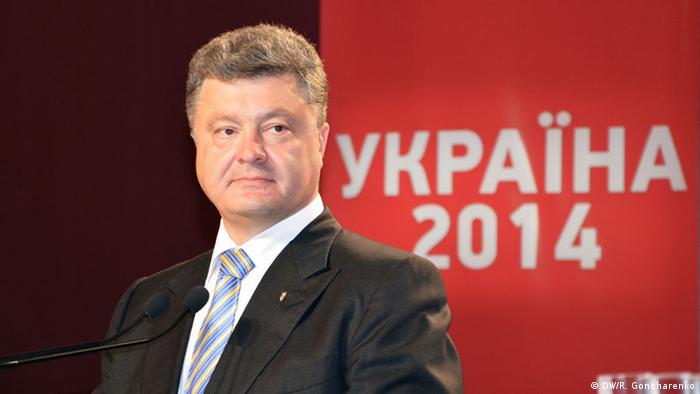 Already in the first ballot, Petro Poroshenko captured a huge lead over rivals competing for the highest public office in Ukraine. No one was able to seriously hinder him on his way to becoming president.

Poroshenko is considered one of Ukraine's most influential entrepreneurs. His flair for business and politics may have its origins in his birthplace near Odessa, the port city on the Black Sea, which enjoys a long tradition in merchant trade. Today, he owns a number of large companies operating in a variety of industries, including the media sector. Among his assets in the latter is the television station "Channel 5."

To most Ukrainians, Poroshenko is known as the "Chocolate King" because of the popular sweets produced in one of his well-known factories. In fact, his rise to prominence as a businessman began with the sale of chocolate products. He rigorously modernized his "Roshen" confectionery company to make it a market leader. Over the years, many Ukrainians have come to view him as an entrepreneurial role model.

But his work goes far beyond the business realm. Socially, he has his own foundation. And politically, he has served in various Ukrainian governments as a minister, even changing political party on more than one occasion to stay in power. He was among the founders of the once mighty Party of Regions, which Viktor Yanukovych formerly represented. 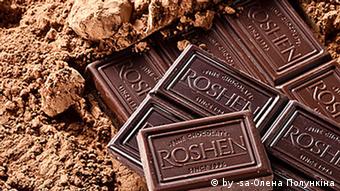 Roshen fine chocolate is loved by Ukrainians and Russians alike

After widespread election fraud in 2004, Poroshenko then supported the Orange Revolution with its reformist politicians. Later, he served as economics minister under former President Yanukovych. But when that government became increasingly authoritarian and corrupt, Poroshenko sided with Ukrainian protesters. He appeared at demonstrations on Kyiv's Independent Square and financially supported the demonstration movement.

Despite his occasional change of direction, Poroshenko has always stood for democratic and market economy reforms in Ukraine. His change of camps has reflected a need to align with the ruling powers of the day. The political and business arenas are closely intertwined in Ukraine. Poroshenko belongs to the group of so-called oligarchs who either determine policy in the country or adapt to it to stay in business.

During his election campaign, Poroshenko said that if elected president, he would break with this tradition rooted in oligarchy. Now that he has won the election, voters will want to see him keep his word.

In particular, the newly elected president will need to show whether or not he will be able to use his managerial skills to unite the country. His decisive election victory clearly shows Ukrainians trust him with this task. Poroshenko will benefit from his good connections in all political camps. He is a man of the center. As a politician, he has repeatedly sought compromise and harmony.

Poroshenko is expected to take a pragmatic approach to tackling Ukraine's enormous problems. He has clearly outlined his foreign policy positions, seeking, above all, to align Ukraine more closely with Europe. His goal is European Union membership. At the same time, however, he says he will seek improved relations with Russia, where his chocolate products are as well liked as in Ukraine. 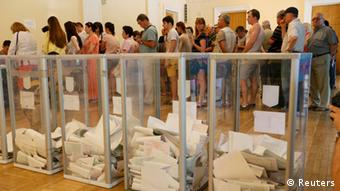 Many Ukrainians turned out to vote in the presidential election

How the Kremlin will deal with the new Ukrainian leader remains to be seen, however. He will certainly not want to be referred to as the leader of a "junta," a term Moscow previously used to dismiss the transitional leadership in Kyiv.

Throughout his election campaign, Poroshenko ruled out conducting a dialogue with the militant separatists in eastern Ukraine. But after the election, he was quick to announce plans for his first official trip as president to that region. Many people there, he claims, were unable to vote for him because of threats by the separatists.

The election results show that Poroshenko is liked by Ukrainians across the country; he is backed by a clear popular mandate. With that kind of mandate, he could become a president who unites the country and creates peace. But it isn't going to be easy.

Early results from Ukraine's presidential poll indicate that Petro Poroshenko has won the absolute majority of the votes. He said that his victory meant voters had chosed the path of "European Integration." (25.05.2014)