The entertainer had molested a 16-year-old in 1975 at the Playboy Mansion, according to a Los Angeles County jury. The victim, who is now 64, was awarded financial compensation. 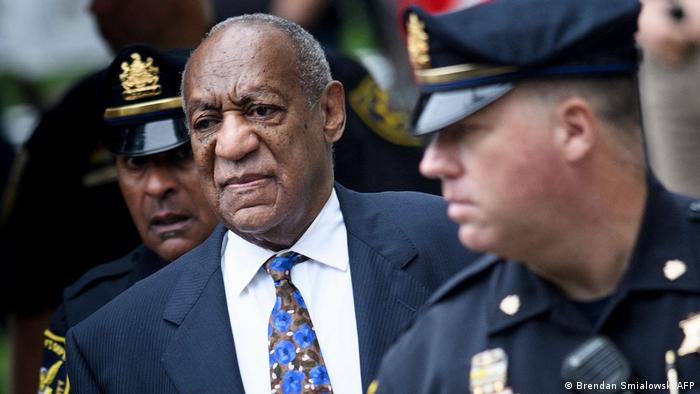 US comedian Bill Cosby had molested a 16-year-old girl in 1975 in the Playboy Mansion in California, a jury found in a civil trial on Tuesday.

Huth testified that the then-beloved comedian had invited her and a friend to the mansion, when she was 16 and he was 37, where the incident happened.

Cosby’s family-friendly reputation as "America's Dad" has been decimated after he was accused by more than 50 women of sexual assaults over nearly five decades.

Huth filed her lawsuit in 2014, saying that the wave of other women accusing Cosby of similar acts stirred up memories and brought fresh trauma triggering anxiety and other symptoms.

Since the statute of limitations had passed by the time Huth approached the police the case was never prosecuted criminally. But she was able to bring the civil suit under a California law that allows adults to pursue cases of sexual abuse as minors.

When the lawsuit was filed Huth said the incident occurred in 1974, when she was 15. She later said that she was mistaken about the year and now believes that it happened a year later when she was 16. This discrepancy was challenged by Cosby's attorney Jennifer Bonjean.

After the verdict, Huth said of her seven-year-long legal battle, "It's been torture. To be ripped apart, you know, thrown under the bus and backed over. This, to me, is such a big victory."

Cosby did not appear in person at the trial but denied all allegations through his attorney and publicist. He maintained his innocence. His defense team will appeal the verdict, a Cosby spokesperson said, adding the defense won because Huth didn't win punitive damages.

Cosby was jailed in Pennsylvania in a separate criminal case in 2018, but was freed last year after his conviction was overturned on a technicality.