Best known for playing Bilbo Baggins in the "Lord of the Rings" film trilogy, the English actor also starred in dozens of other roles. In his lifetime, he was nominated for six BAFTAs as well as an Academy Award. 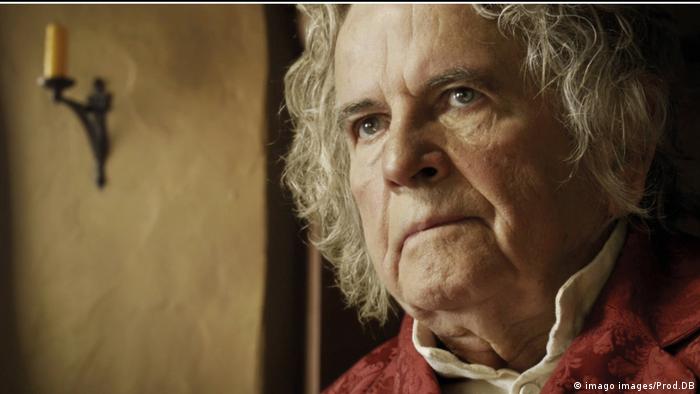 British actor Sir Ian Holm has died "peacefully" in hospital at the age of 88.

"It is with great sadness that the actor Sir Ian Holm CBE passed away this morning at the age of 88," his agent Alex Irwin said in a statement on Friday. "He died peacefully in hospital, with his family and carer."

Holm had suffered from a disease related to Parkinson's in recent years, the statement said.

"His sparkling wit always accompanied a mischievous twinkle in his eye,'' Irwin said. "Charming, kind and ferociously talented, we will miss him hugely.''

Lord of the Rings

Holm secured worldwide fame for his role as Bilbo Baggins in The Lord of the Rings trilogy directed by Peter Jackson and based on J.R.R. Tolkien's books. He also briefly appeared as the elder Bilbo in parts of the later trilogy, The Hobbit.

His other movie roles included Father Cornelius in The Fifth Element,' android Ash in "lien,' Napoleon Bonaparte in Time Bandits,' writer Lewis Carroll in Dreamchild and a royal physician in The Madness of King George.

In a tweet, BAFTA said it was "very sorry" to hear of his death.

Born in Essex, east of London, in 1931, Holm first established himself as an onstage theater star with the Royal Shakespeare Company (RSC), which he joined in 1958. He also appeared regularly on British TV.

Holm went on to win a Tony Award for best featured actor as Lenny in Harold Pinter's play The Homecoming in 1967.

In 1998, Holm won a Laurence Olivier Award for best actor for his performance in King Lear' at the National Theatre in London.

RSC artistic director Gregory Doran called the actor "one of the RSC greats.''

"Ian was entirely original. Entirely a one-off," Doran said. "He had a simmering cool, a compressed volcanic sense of ferocity, of danger, a pressure cooker actor, a rare and magnificent talent. There's a great spirit gone.''

American actress and former fashion model Mia Farrow said Holm was "among the giants of the theater.''

"We met while working at the RSC…He worked in films and TV, unfailingly brilliant,'' she tweeted.

British actor and comedian Eddie Izzard tweeted: "Wonderful actor and it's so sad to see him go. Farewell, you did great work Sir."