From Norway to Greece, Frank Hülsemann traced 4,000 kilometers (2,485 miles) of the former Iron Curtain on his mountain bike. The athlete talks about the people he met and what remains of the former divide. 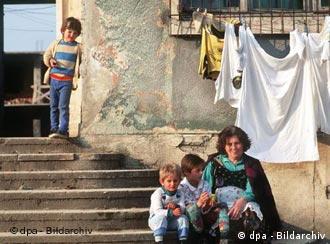 DW-WORLD.DE: What did you expect to find before you embarked on your journey?

Frank Hülsemann: The idea came from riding my bike along the German-German border. The Iron Curtain went all the way across Europe and I was interested in finding what remained of it in other European countries. I took the most extreme poles -- all the way to the north on the Artic Sea and down south to the Black Sea and Mediterranean -- which included countries I didn't know much about. I didn't really know what to expect or what it would be like there nowadays because these places aren't talked about much.

What did the German-German border mean to you as you were growing up in former West Germany?

I traveled to the border with my parents once and looked across to the other side. Then I was only 13 or 14 and didn't really understand it. If you go to the border today there's not much left to see, except for the areas that have been preserved as museum pieces. But on the border between Russia and Norway or Finland, it still looks just the same as it did 20 years ago on the German-German border -- with mine fields and no-mans-land. It reminded me of what I'd seen in Germany as a child.

What kind of people did you meet along the way? 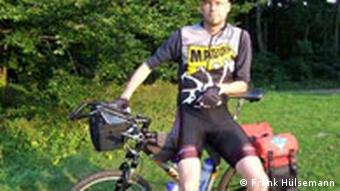 Hülsemann has already tackled Siberia, the Gobi Desert and other biking challenges

They were very warm and interesting, especially in southern Europe, like in Bulgaria, Macedonia and Albania, which aren't so touristy. The people invited us to their homes and gave us food, water and juice. It was amazing. You wouldn't experience that elsewhere in Europe. They also asked us what we were doing and if we knew where we were -- that we were on the border.

What did you learn about the past over the course of your journey?

Actually, I learned more about the politics and historical events by doing research beforehand. Once we were there, it didn't play such a big role. The language barrier made it difficult to talk about deeper things. When we did have conversations with the residents, they tended to talk about the present -- their problems, or what has changed, or that Germans had come to their small village as tourists. The only traces of the Cold War there are the ruins and the occasional barbed-wire fence.

How did the trip affect you personally?

I've often traveled through Asia and America, so it was very interesting to explore Europe this time. We were in countries that were unfamiliar to me and that we in Germany have some stereotypes about. Bulgaria, Macedonia, Albania…these places tend to get a negative rap. People said to us, "What! You're going to Albania? You're going to get robbed right away." But these prejudices aren't true at all. In fact, countries like Bulgaria for example seem quite close to Europe, at least among the more open-minded people. 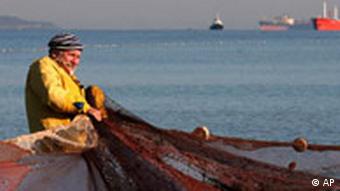 Once part of the USSR, Bulgaria is now an EU candidate

We were on the road from sunrise to sunset -- but only rode about half that. The other half of the time we spent eating, planning our route, sightseeing or resting. As soon as it got dark we had to set up our tent. Some of the areas were pretty rural and in the North, I was in the forest for two weeks. At midday we ate in restaurants or little shops, or we were invited to peoples' homes.

How far did you ride each day?

Between 80 and 190 kilometers. It depended on what the terrain was like. It the mountains in Bulgaria it was slow-going, but in Lapland we would cover up to 190 kilometers. In northeastern Europe, the towns were often 30 or 40 kilometers apart.

How did the journey impact your perception of Europe or your identity as a European?

We passed through regions that, on the one hand, are part of Europe, but are secluded due to their geography and the border. I was able to form my own impressions instead of just relying on what I hear in the media. When you see the people and meet them and live with them, even if only for a few days, it's completely different from rushing by in your car. That's why we went by bike. When you have to communicate with the people and rely on them and when you move slowly, you find out that things are different from what you hear.

The EU is initiating a project to create a long-distance bike trail from the Barents Sea to the Black Sea -- which overlaps the route we took. It's a way to experience the history of the Iron Curtain outside of a museum and is part of an effort to encourage so-called eco-tourism. We'll have to see how long it takes to complete, but it's one of the interesting things I learned about while planning for my trip.

A German mountain biker on Wednesday he set out to rediscover a part of the Soviet legacy by following the former Iron Curtain, from the Arctic Sea to the Black Sea. (02.08.2006)

"It was a Monstrous Structure"

Growing up in East Germany, Marco Bertram never saw the border that separated Germany. But after reunification, he decided to walk along the former Iron Curtain. He talked with DW-WORLD.DE about the experience. (02.11.2006)

The man behind the Iron Curtain trail

Michael Cramer, a German member of the European Parliament, talked to DW-WORLD.DE about his ambitious project: the Iron Curtain Trail, which will stretch from northern Finland to the Black Sea. (02.11.2006)

More information about the project

This year's Tour de France kicks off in Copenhagen on July 1st. The Danish capital is famous for its fantastic cycling infrastructure. Here are a few more bike-friendly cities in Europe.