The first-ever local elections for mayors and councils in Bhutan have begun - they are part of the democratic process that the Himalayan kingdom started in 2008. 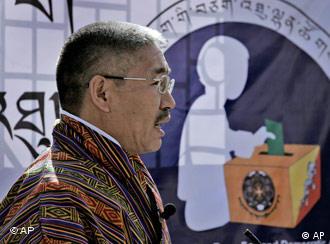 On Friday, the Election Commission of Bhutan began the staggered electoral process in four major towns, known in the country as "thromdeys."

Voters in the towns of Thimphu, Phuentsholing, Samdrup Jongkhar and Gelephu cast their ballot to elect mayors or "thrompons."

Exit polls showed that an average of over 50 percent of the 8,462 registered voters had turned out to cast their ballot.

The Election Commission had hoped for a good turnout considering the different measures they took to reach out to people, including "going door to door to distribute the voter photo identity card."

However there was criticism that only a handful of people were deciding who should be elected as the mayor.

What voters and residents say

There was confusion about the electoral rolls. Bhutan's capital city Thimphu has over 86,000 residents but only over 6,000 are registered to vote. The rest were registered in other districts during the census.

Bhutan is divided into 20 districts, and the Election Commission aims to complete elections in all of them by June

The chief election commissioner agreed that it was a problem but explained that most of them were workers - "Indian workers, others working here and the civil service population."

"If we allow them to vote, that would in a way give a wrong representation," he said.

However, the decisions that the elected council makes will affect all residents.

Some inhabitants of Thimphu said they would definitely vote if they were allowed to despite not being registered there.

"Yes, I would like to vote, if given the right to vote. Because that will play a crucial role for the country, for the town at least," said Pema Choden Wangchuk, a resident in the capital city.

For the eligible voters, the elections are like a kind of test phase. "We have been dealing with the issue like waste, water and sanitation," said Sonam Phuntsho, a registered voter in one of the constituencies in the capital.

"To see how they will develop or what they can bring to Thimphu, to test them how one of them can make changes, maybe I will vote," Sonam added.

Locals encouraged to take control of their affairs

The local government elections are taking place after a delay of over two years. Dasho Kunzang Wangdi described it as "teething problems" since the country is a beginner in the democratic process.

He said the culture and the mentality of the people had yet to come in tune with the democratic processes.

"Until 2008, things were done by the king and the government," the Chief Election Commissioner explained. "And that mentality is still prevalent. People have taken comfort since the parliamentary government was formed - they do not need to worry."

But he said it was important that people take an interest in this municipal election: "People have to make more efforts to take control of their affairs. 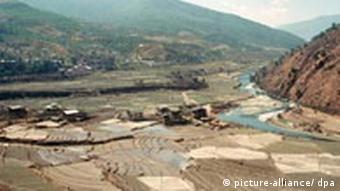 Delays in holding the election were also caused by problems in parliament in terms of translating the constitution into proper laws.

"Most of the parliamentarians are new. They are not necessarily professional politicians, nor have they had any experience in conducting parliamentary affairs," he pointed out.

Until now, Bhutan's city administrations have been run by civil servants appointed by the ministries concerned. The chief election commissioner says now the the elected mayor and his council will have to work on ways and means to fulfill people's aspirations. 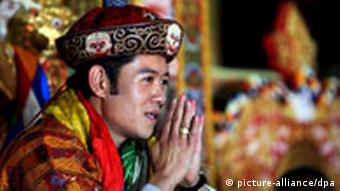 Nima Wangdi, Secretary of the Works and Human Settlement ministry and a former mayor himself, thinks the elected mayors will have some freedom to decide the city plans and policies, but not without challenges.

"The main problem will be revenue generation. And if they have to be dependent on the government, they will not be able to do well," he pointed out.

The election results will be declared officially on Saturday and submitted to the king. The Election Commission aims to complete the local elections in all the 20 districts and 205 sub-districts by June.

Amid much criticism, the Bhutanese authorities have started to enforce strict penalties for smokers and people selling tobacco products, including hefty fines and even imprisonment. (13.01.2011)

Nepalese refugees from Bhutan and their resettlement in third countries

In the early nineties, a conflict between the Bhutanese and the ethnic Nepalese minority shattered the image of Bhutan as an isolated but idyllic country. More than 100,000 Nepalese were expelled from the country. (21.07.2010)