"Why build one when you can have two at twice the price?" So goes the famous line (and government potshot) in the sci-fi film "Contact." But sometimes, having two of something in space is far, far better than one. 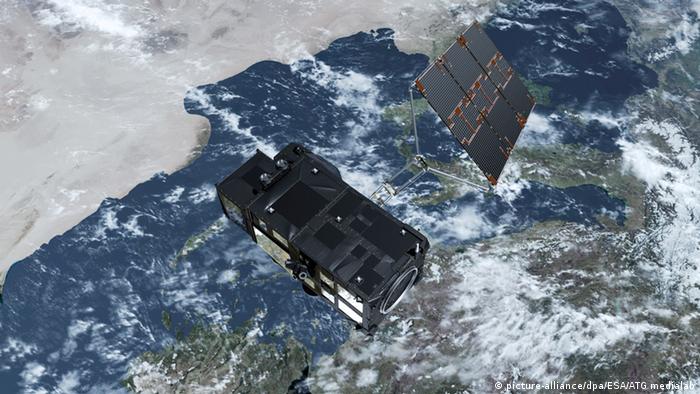 Launched from the northern Russian cosmodrome Plesetsk, the Sentinel-3b will traverse a stable orbit 814.5 kilometers (just over 500 miles) above our Earth.

As the "b" in its name suggests, it is the second of two Sentinel-3 satellites and forms a part of the European Space Agency's Copernicus earth observation program. It will follow its twin, the Sentinel-3a, as it circles around the earth – each following the other with an even delay. Every two days, they can cover the entire surface of the planet.

The most important tool in the Sentinel-3 satellites' kit? Their Sea and Land Surface Temperature Radiometers (SLSTR). As you might expect, they measure radiation and heat on the land and sea.

In addition, they'll use an Ocean and Land Color Instrument - another spectrometer that can track any changes of other details on the surface of our planet.

Both satellites have also got an altimeter, which, beyond measuring the sea level, can even determine the size of waves or plant growth.

Finally a dual-channel microwave radiometer will detect atmospheric disturbances and will use those readings to correct and ensure the calibration of other instruments onboard.

Neat gadgets, but so what?

The Sentinel-3a and b will collect data that can be used to improve meteorological forecasts and to research weather phenomena. They can help, for example, in understanding the mechanics of the periodical weather patterns of El Nino or La Nina. Also, the satellites will provide valuable data about the emergence of hurricanes and other tropical storms.

And the identically built Sentinel satellites can do even more: They can measure algae growth in the oceans by detecting pigments in the water. Such changes in the oceans have a direct impact on fish and other sea animals, and this data can help provide valuable information to fisheries and ecologists alike. It is also possible to detect marine pollution from space or to measure changes in the thickness of the ice cover in the polar regions.

As for the data the Sentinel-3 collects over land, it can, for example, be used to measure drought or localized islands of heat. And with its color spectrometer, the satellite can detect changes in vegetation. The instrument does so by computing the amount of photosynthetic active radiation absorbed by the leaves, which is not only relevant to calculate the development of natural habitat and forests, but is also of high relevance to farmers and agriculture scientists.

For them, it can help yield better crops.

The latest European Sentinel satellite went into orbit after taking off from Russia. It will provide data to help emergency services manage their response to natural disasters. (13.10.2017)

There's a palpable sense of superstition ahead of the Sentinel-2B launch in French Guiana. You won't get into the Jupiter control center wearing red - that's the stop color. But so far it's looking good. (06.03.2017)