A win over Norway would end Hungary's 30-year-long hoodoo of qualifying for international tournaments. DW's Ross Dunbar speaks to the German coach who is reviving the fortunes of a fallen footballing giant. 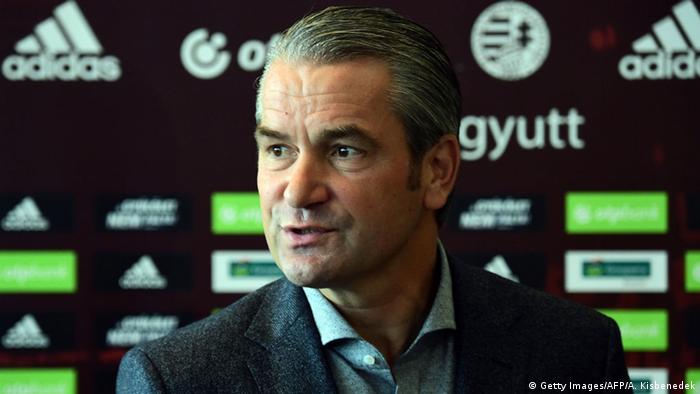 Once a trailblazing football nation behind a curtain of mystery and romance, Hungary has fallen into the wilderness for more than three decades.

From as early as the 1930s, Hungary - and Budapest specifically - became a central hub for the elites of international football. The 'Danubian School of Football' inspired the nation to produce some of the greats of the pre-and-post war game - like 1954 World Cup finalists Ferenc Puskas and the original 'false-nine' Nándor Hidegkuti.

But modern history has been cruel to the Hungarians: social, cultural, political and economic problems have directly affected the state of the country's sporting infrastructure, which has been undergoing a rapid transformation since the 2011. This weekend, the Magyars could qualify for Euro 2016, their first major international tournament since the 1986 World Cup in Mexico.

'Our goal was the playoffs'

Bernd Storck stepped into the role of Pal Dardai, the former head coach, who left for Bundesliga side Hertha Berlin in the summer. With four games still to play, the 52-year-old was essentially patching up Dardai's team, while tweaking to suit his own ideas of the game. Hungary went from a conservative side to one which plays on the front-foot.

A 2-1 win against the Faroe Islands, a 1-1 draw in Northern Ireland and a point at home to Romania proved enough for Hungary to secure third. Now only Norway stands in their way on the road to Euro 2016 qualification.

"It's a historic opportunity for us; the first time in 30 years to qualify for a major tournament," he told DW.com. "We didn't want to make big changes when Pal left. I told the directors that I needed time. Then, I didn't have my own team. We had to keep things simple. When we reach the playoffs, I need to have time to make my own team."

Ahead of a momentous fixture in Hungary's modern history, the football authorities cancelled the most recent weekend of domestic football to allow more time for preparation - at Storck's request. The German is all about professionalizing the structure of Hungarian football, an amalgam of knowledge management and learning the tricks from abroad. 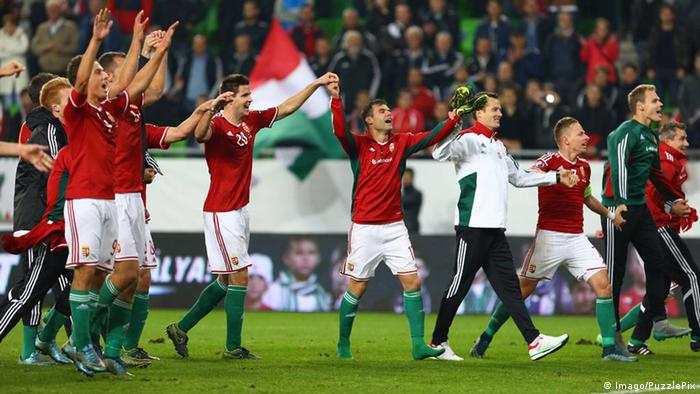 On the first day of training with the domestic players, such was the environment that he wasn't aware of the endurance levels of the attendees. "Raising the levels of professionalism is a big thing for us," Storck emphasized. "The point is: what is good coaching? We have to know what's the best way to develop players. You have to go abroad and see what is happening in other countries."

Punktlich. Storck wants immediate change to boost the standards of the professional leagues, yet as the sporting director, he hasn't lost sight of the long-term development of Hungarian Football. Storck credited Thomas Doll, head coach of Budapest-based clubs Ferencvaros since 2013, for improving the standards in the domestic top-flight.

"He has shown what is possible here. He's already about 20 points clear in the league. Hopefully he will have the chance to play European football next season. It's all about learning, learning from other countries and what we can do to improve." 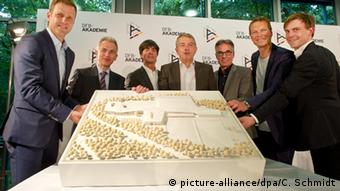 With his experience coaching in Germany, Greece and Kazakhstan, Storck was tasked in 2013 to implement and evolve an existing strategy to improve the standards of Hungarian football.

The strategy document is titled 'The Decade of Revival' with the target of qualifying for the 2020 European Championships. As part of the changes, Hungary copied academz models from France and England, but Storck hopes to emulate the Stutzpunkt model of Germany with high-quality coaching available through regional football centers, of which there are plans to have more than 20.

"When I started with the U15s, I told the board: 'You've got lots of great young players here, but we have the tools to develop the talents to the elite level.' We need more individual practice, more specific work with players," added Storck. Hungarian clubs are incentivized to promote young homegrown players into the first-team with the HFF offering bonuses for those make the national team.

Adam Nagy, a 20-year-old midfielder from Doll's Ferencvaros, has made headway in the national team setup, a steady sign of progress for Storck. "We think too much about the past. We have to give our younger players a chance. For me, it's a small miracle that we're in the playoffs," he says ahead of the tussle with Norway in Oslo on November 12 before the return leg in Budapest on November 15.

"We expect a very good Norwegian team with a mixture of young and old players with international experience in the Champions League and Europa League. They play a physical game and we have to prepare for that. We need a good result in Oslo and hopefully we can get the important away goal there."