Saturday night, April 5 1986: The dance floor of the La Belle nightclub in the Friedenau district of Berlin was full of revelers enjoying an evening out. At 1:49 am, however, the party abruptly ended. 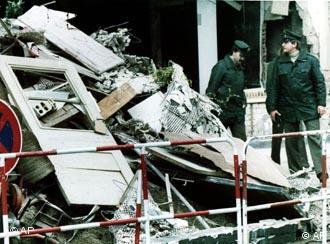 The La Belle bombing has even more resonance today

There was a large explosion. The force ripped open the floor of the club sending a number of guests tumbling into the cellar below. The bomb, placed under a table near the DJ booth, killed Nermin Hannay, a Turkish woman, and Kenneth T. Ford, a US army sergeant, instantly. Another US soldier James E. Goins died two months later from his injuries.

The blast injured a further 230 people including more than 50 American servicemen who regularly attended the club, popular as it was with US soldiers deployed in the West German capital during the Cold War.

Nine days later, US President Ronald Reagan unleashed Operation El Dorado Canyon, a series of retaliatory airstrikes involving warplanes from the US Air Force, Navy and Marine Corps against Libya - the origin of the terrorists as discovered in cable transcripts between Tripoli and the Libyan embassy in East Berlin which were obtained by West German and US authorities in the days following the bombing.

US targets Gadhafi but fails 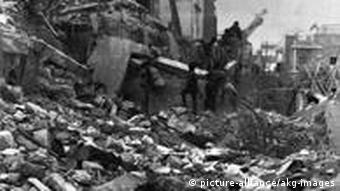 The US airstrikes hit Libya with devastating effect

In the space of 12 devastating minutes, 60 tons of munitions were dropped on Libyan military targets in Tripoli and Benghazi by US Air Force F-111 bombers flying from the UK, and A-6 Intruders and F/A-18 Hornets from aircraft carriers off the Libyan coast.

One US plane was shot down by a surface-to-air missile during the raid but the majority of casualties were on the ground. A number of US bombs missed their targets and hit residential areas in Tripoli and Benghazi, along with a number of Western embassies in Benghazi, killing civilians.

Due to the rejection of permission to use airspace by France, Spain and Italy, the US planes were forced to take a longer route which brought them over Malta. Reacting to the unauthorized flyover, Maltese Prime Minister Karmenu Mifsud Bonnici telephoned Colonel Moammar Gadhafi and alerted the Libyan leader to the impending attack.

Gadhafi, one of the intended targets of the raid, escaped with his family minutes before the bombs hit their compound at Bab al-Azizia. However, an infant girl described as an adoptive daughter of Gadhafi was killed in the airstrikes along with at least 100 other people.

While the military retribution of the United States took just days to execute, the legal process to bring those responsible for the La Belle bombing to justice took much longer. 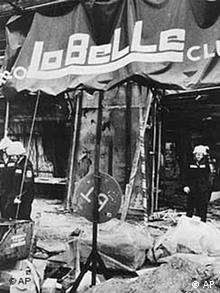 Stasi files led to a breakthrough

More than four years after the attack, when the 1990 reunification of Germany led to the opening up of the East German Secret Service archives, German prosecutors finally had a name: Musbah Abdulghasem Eter.

The investigation into Eter's role in the attack took six more years before he and four other suspects were arrested in Lebanon, Italy, Greece and Berlin. After complications arising from extradition orders and conflicting partial confessions, the four accused were finally put on trial in Berlin a year later.

As the trial dragged on into 2001, a confidential German diplomatic cable detailing a conversation between Gadhafi and Michael Steiner, the top foreign policy adviser to then-Chancellor Gerhard Schröder, was cited in an article by the Frankfurter Allgemeine Zeitung newspaper. It quoted Gadhafi saying that Libya was involved in the Berlin attack and the bombing of Pan Am Flight 103 over Lockerbie, Scotland, in 1988.

German officials issued a carefully worded response, saying that Gadhafi "distanced himself from terrorism" but they denied he had said anything specific about the La Belle or Lockerbie bombings. A German parliamentary inquiry into the conversation and leaked diplomatic cable also failed to find evidence of a Libyan confession to involvement in any specific attacks.

"(The conversation) was about questions regarding the fight against international terrorism," German government spokesman Karsten Heye said at the time. "Gadhafi has dissociated himself and Libya in this conversation about terrorism but isolated cases from the past were not spoken about."

When summing up the case, Judge Peter Marhofer said that Libyan state involvement in the attack has been "unequivocally proved."

Andreas Schulz, one of the lawyers of the co-plaintiffs, announced afterwards that "the judge said very clearly that it was the Libyan Secret Service - and this is a state agency."

The court heard how the three men assembled the bomb in Chanaas' flat before Verena Chanaa and her sister, Andrea Häusler, brought it to the nightclub in a bag, leaving minutes before it detonated. It was alleged that the material for the bomb was brought into East Germany in Libyan diplomatic luggage.

While Häusler was acquitted because it could not be proved that she knew a bomb was in the bag, the others were sentenced to between 12 and 14 years in prison. Verena Chanaa escaped a life sentence due to her lawyer's claim that she suffered from mental illness.

The families of the La Belle victims and their lawyers were disappointed by the outcome, demanding stiffer sentences. Axel Schirmack, one of the lawyers representing the victims, requested that the Federal Government helped pursue claims for damages against Libya.

Three years later, after tough negotiations between the German legal team and representatives from the Gadhafi International Foundation for Charity Associations, $35 million (24 million euros) was paid out in compensation to the non-US victims and their families. Libya called the payment "a humanitarian gesture."

The compensation payments freed the way for the normalization of German-Libyan relations and in October 2004, two months after the payments were agreed upon, Gerhard Schröder visited Gadhafi in Tripoli.

US officials want an independent inquiry into the release of the Lockerbie bomber Abdel Baset al-Megrahi after a new report shows the willingness of the former British government to help the Libyan gain his freedom. (21.02.2011)

Convicted Lockerbie bomber will be allowed to die in Libya

The terminally ill former Libyan intelligence agent convicted of killing 270 people in the bombing of Pan Am Flight 103 in 1988 will be released from prison. (20.08.2009)

Shultz is known for helping to steer the United States out of the Cold War. He has been honored for shaping "the trajectory of American diplomacy" in the 20th century.

Russia admits to use of conscripts in Ukraine invasion — as it happened 09.03.2022

President Volodymyr Zelenskyy has accused Russia of bombing a hospital in Mariupol during a supposed ceasefire to enable civilians to leave. The EU has agreed to sanction more oligarchs and officials.