Theatergoers in Berlin routinely suffer abuse from naked performers, but it's a night out they'll never forget. This inimitable performance culture is now attracting a new wave of devotees from beyond. 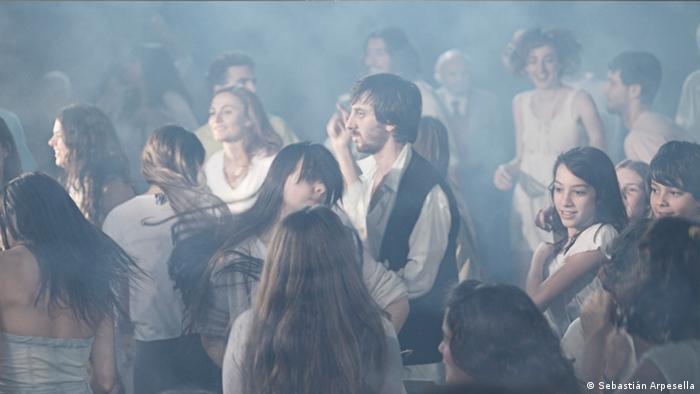 One of the most talked about recent Berlin theater experiences was a 12-hour performance of a Henrik Ibsen play that was pronounced the "9/11 of theater" and described by one reviewer as "an onslaught of sounds, images, ideas, fake blood, and penises." I didn't make it to that show, but some of my friends went three or four times because they didn't want to miss anything.

This epic mauling of a Norwegian play (John Gabriel Borkman) by a Norwegian director, Vergard Winge (with German collaborator Ida Müller), of course premiered in the German capital. After witnessing this apocalyptic take on a classic, Finnish theater performer Elmer Bäck, told me, "It felt very Berlin."

For anyone who has heard of Berthold Brecht, contemporary and often pointedly political theater has a long tradition in the capital. But since the Berlin Wall fell, there's been a long-running renaissance, and reinvention, of the stage arts. 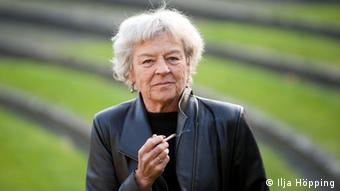 Frie Leysen is the artistic director of Foreign Affairs

In recent times, the epicentre has been the Berliner Volksbühne at Rosa-Luxemburg Platz, a century-old megalith to performance that was revolutionized by an incendiary young director, Frank Castorf, in the early 1990s.

As the city celebrated reunification, Castorf stuck a defiant sign reading "Ost" (East) on the front of the building; he also had a framed image of Stalin in his office.

Writing in the "New York Times," Sally McGrane summed up Castorf's rebel stage oeuvre: "Under his direction, actors ignored huge portions of the classical texts they performed, stripped naked, screamed their lines for the duration of five-hour productions, got drunk onstage, (…) conducted private fights, tossed paint at their public, saw a third of the audience walk out."

Castorf is still going strong, but rising in his wake are a new wave of thespians from across Europe and beyond who have come to try their luck in this post-theater Promised Land.

After a brief visit to Berlin in 2007, Bäck's experimental Finnish theater troupe Nya Rampen was quickly looking back across the Baltic for inspiration. "We performed our own interpretation, we all loved German theater, and of course the Volksbühne was the place. When I was here the first time, it was like wow, it's amazing that you can even do this."

Berlin is now Bäck's home, and already the scene of some theatrical triumphs in alliance with the Ballhaus Ost, one of several upcoming independent performance spaces. Collaborating with Sweden's Institutet and Markus Öhrn, Nya Rampen helped create Conte d'Amour, a skewering of romantic love, desire and violent familial relationships inspired in part by the horror story of Joseph Fritzl, who imprisoned his daughter for 24 years and fathered seven children with her. A cross-dressed Bäck darkly sings "Love Will Tear Us Apart" during the performance.

I saw the 2011 premiere of this long, often brutal work employing live film to break down the "fourth wall" between performance and audience, and it's since given this Nordic ensemble a lot of attention. The play appeared at Berlin's annual Theatertreffen, one of Europe's most anticipated contemporary theater showcases. 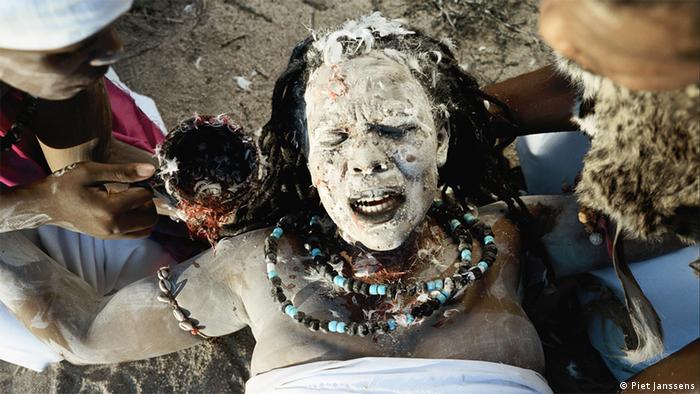 And this week, Bäck's ensemble is billed at a new Berlin performing arts festival, Foreign Affairs, an exciting new statement of the global theater Diaspora that has found a natural habitat in Berlin.

Exploring the psychology of humanitarian aid as a patriarchal fantasy, "We Love Africa and Africa Loves Us" sees Bäck and his Baltic Circle cohorts appear alongside theater groundbreakers such as South Africa's Brett Bailey, who's "Exhibit B" is a "human zoo" that refocuses the extreme racism of European colonialism in Africa.

The curator of Foreign Affairs, Frie Leysen of Belgium, who was the first to invite the Volksbühne's pioneers to European festivals two decades ago, seems to have brought the shock and awe nihilism of contemporary theater closer to the mainstream by creating the event with the well-established Berliner Festspiele.

"Berlin has a lot of small festivals, but a real big international festival for contemporary theater they don't have," she said. Freysen wants to further "valorize" Berlin's "vivid" contemporary theater culture that remains - especially in funding terms - in the shadow of state opera or classical music in the capital. She's also tried to make the event more accessible with lower prices. "I wanted to reach a more diverse public, both in terms of age and where they come from in Berlin."

Symbolic of Foreign Affairs' bold cross-cultural and cross-disciplinary approach is the collaboration between Kyohei Sakaguchi of Japan and Italian pianist and composer Marino Formenti. Sakaguchi is an artist-activist who will create one of his mobile "zero yen" houses out of garbage at the Festspiele site - an idea originally conceived in response to Japan's relentless culture of development. Formenti will revitalize the classical concert format by playing in the house for 12 hours a day for three weeks straight. The audience can come and go in the house at their leisure.

This will be an "oasis of concentration," said Leysen. "People can come and stay as long as they want. You bring your book, you bring your work, you can stay there 10 hours or five minutes, as you like. I'm super happy with these two statements coming together."

Many African countries have banned homosexuality. "Call me Kuchu," an award-winning documentary about the Ugandan LGBT community, is being screened in Germany to promote tolerance. (24.09.2012)

The theater can be a place to tackle controversial theories, integrate cultures, display emotion, or just have fun. (06.09.2012)