Berlin prepares to lower hurdles to hiring foreigners | Germany | News and in-depth reporting from Berlin and beyond | DW | 28.03.2012

As Germany suffers from a shortage of highly skilled workers, the parties in the German government said they had agreed to a new set of rules that would make it easier for companies to hire qualified foreigners. 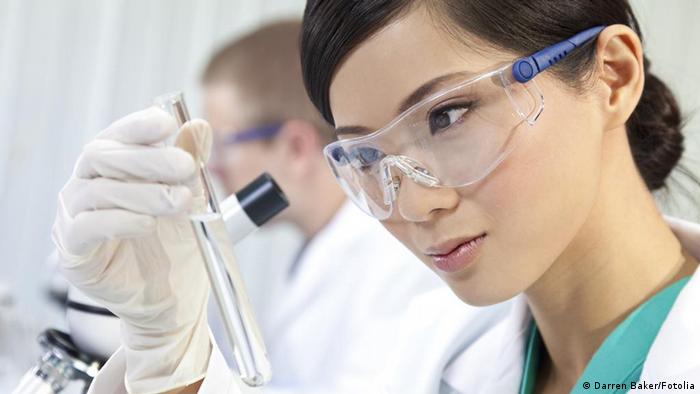 A lack of computer scientists, mathematicians, engineers and doctors is having a negative effect on the German economy and the parties in Chancellor Angela Merkel's governing center-right coalition announced on Wednesday that they intend to make it easier for highly qualified foreigners to take a job in Germany.

The German Labor Office estimates that by 2025 Germany will need some 6 million highly skilled employees and that some 2 million people will have to immigrate to Germany to meet that need. Between 2005 and 2010, some 18,000 skilled workers moved to Germany from non-European Union states.

"Labor offices and the public authorities responsible for foreigners have to make a bigger contribution to getting more foreign technical workers to come to Germany," domestic affairs expert for the Christian Democratic Union Reinhard Grindel told DW. 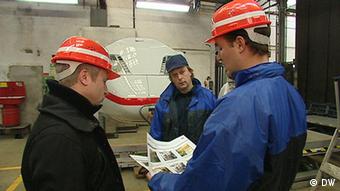 After watching a previous "green card" system gain little traction in Germany, the government said it would present a proposal for a "blue card" law that would lower the hurdles to receiving a residency permit to make Germany more attractive to skilled workers.

To attract more skilled workers to Germany, the government parties has decided to lower annual income requirements for foreigners from 66,000 euros ($88,037) to 44,800 euros, and in the case of some highly sought professions like mathematicians and natural scientists to 35,000 euros.

As before, foreigners wanting jobs which didn't pay these minimum rates will have to ask the state employment agency to prove there was no unemployed German who could do the same job, but now, if no-one can be found within two weeks, the immigrant can start work.

Currently, non-EU foreigners looking to move to Germany to start their own business need to invest 250,000 euros and hire five people for the right to live in the country. That condition would also be removed.

In future, foreign workers who hope to get a blue card will be allowed six months to live in Germany and look for employment as long as they could financially support themselves and have a university degree.

When foreigners receive a job, they can apply for a blue card that allows them to live and work in Germany. After remaining in Germany for three years on a blue card visa, foreigners would gain the right to stay in Germany indefinitely. 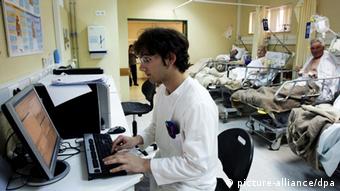 Blue card rules would also give students from non-EU countries 18 rather 12 months, in which they could remain in Germany after their studies while they tried to find a job.

"Not all foreign technical qualifications are recognized," Mehmet Kilic, Greens spokesperson for migration and immigration said.

Grindel said he hoped the new proposals would be approved by parliament in April and go into effect at the beginning of July 1.

"This represents a step toward a simple point system for the admission of qualified foreign workers," said Hartfried Wolff, spokesperson for domestic affairs of the liberal Free Democrats, junior partners in the government coalition.

German Chancellor Angela Merkel and the heads of the country's leading business associations have held talks about potentially risky developments that may hamper the German economy in the future. (16.03.2012)

The German Parliament has held its first debate on a government draft bill, which is geared towards luring more foreign, non-EU workers into Germany. Holders of a so-called Blue Card would face fewer restrictions. (03.03.2012)

The OECD has warned Germany that its economy might fall back unless it speeds up reforms. A shortage of skilled labor, an ageing population and high social costs all need urgent fixes. (14.02.2012)