Berlin police seek clues to further assaults on the subway stairs | Germany| News and in-depth reporting from Berlin and beyond | DW | 11.07.2017

Only a week after the "subway kicker" was sentenced for pushing a woman down some subway stairs, police in Berlin have again called for public assistance in finding the perpetrator of a similar attack. 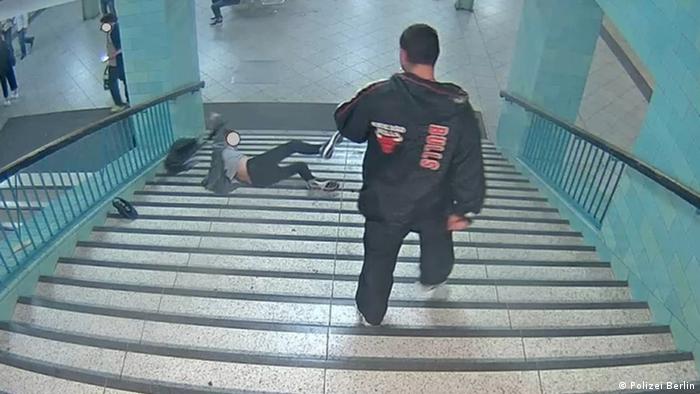 The attack on the subway stairs at Berlin's Alexanderplatz station happened on Monday night at around 1:45 a.m.. A man was violently hit on the back of the head, whilst walking down the stairs to the subway platform.

Berlin police described the attack: "The force of the impact caused him to fall down the stairs and hit his head several times on the iron railing. He suffered severe head injury and bruising on his entire body."

Police have released CCTV images of the attacker, appealing for public help identifying him. In the images, he is wearing a distinctively labeled training jacket for the Chicago Bulls basketball team.

Earlier on Monday, Berlin police repeated calls for public assistance to find two men responsible for an attack on the escalators at the Gesundbrunnen subway station back in January 2017.

On January 27, three men in their early 20s were traveling up the escalator from the subway platform when they heard a loud shout behind them.

"They turned and saw two men. One of these men then held on to the escalator railing and swung his legs forward, kicking a 20-year-old man in the chest. The violence of this kick caused the man to fall down the escalator," police said in a statement.

"A 23 year-old was then attacked by both men, who kicked him in the face and body. They then turned on the third man, aged 22, whom they choked until he was unable to breathe. They then fled the scene," police said. 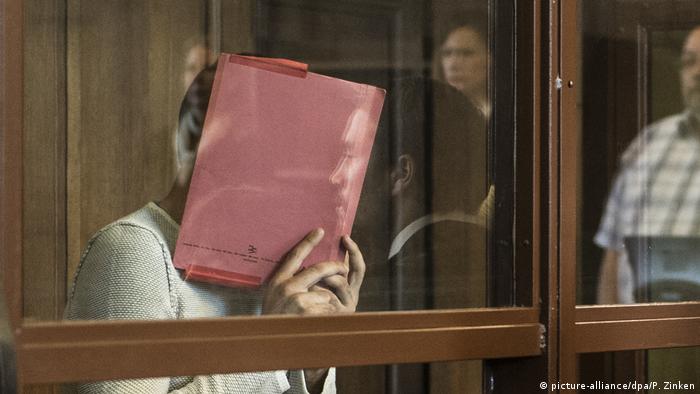 The most famous recent subway attack was in October 2016. Earlier this month, the attacker, 28-year-old Svetoslav S.,was sentenced to 2 years and 11 months in jail.

A video of him brutally kicking a woman down the subway stairs at Berlin's Hermannstrasse station went viral, causing a public outcry. The woman suffered a broken arm in the attack.

The CCTV footage of the incident played a direct role in police apprehending Svetoslav S. Police are hoping that the images of these recent attacks will lead to similar results.

Editor's note: In a bid to limit their exposure, Deutsche Welle has decided to withhold criminal suspects' names and obscure their faces.