A new commemorative plaque went up in Berlin's Schoeneberg neighborhood this week to mark the birthplace of Marlene Dietrich. The late actress is one of Berlin's most famous daughters. 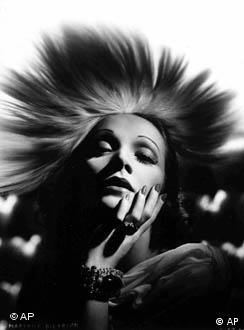 Dietrich was one of Berlin's most famous citizens

The daughter of a police lieutenant father and a mother from a well-to-do clock-making family, Dietrich was born on December 27, 1901 in an apartment of a house on Leberstrasse 65 in the Berlin-Schoeneberg neighborhood.

While Dietrich got her big break as a cabaret singer in "The Blue Angel," she became an international star after moving to Hollywood in 1930.

Dietrich's credo, "I am, thank God, a Berliner" is more than a homage to her birthplace, Andre Schmitz, secretary of state for culture, said.

Dietrich didn't shy away from politics

While Dietrich is one of Berlin's most famous daughters, the city has been slow to embrace her. Sime Germans saw Dietrich as a traitor after World War II.

Dietrich became a US citizen in 1937. During World War II she did musical performances for US troops and was an outspoken critic of the Nazi regime.

Berlin has a responsibility to "respect and preserve the legacy of a strong anti-fascist, engaged pacifist and emancipated, self-confident artist," Schmitz said at the commemoration of the new plaque on Thursday, July 18.

The lyrics of Pete Seeger's anti-war songs, "Where Have all the Flowers Gone?" which Dietrich sang in German, are part of the memorial plaque.

Dietrich died on May 6, 1992 at the age of 90 in her Paris apartment. She was buried in a cemetery in Berlin-Schoeneberg.

Late German superstar Hildegard Knef's quest for fame in Hollywood, documented in her 1970 autobiography, is to be the subject of a film starring Heike Makatsch. (05.01.2008)