The German-born photographer died in a car accident in Los Angeles Friday. The self-proclaimed "King of Kink," who rose to fame with controversial images of women and fashion, will be honored with a new museum in Berlin. 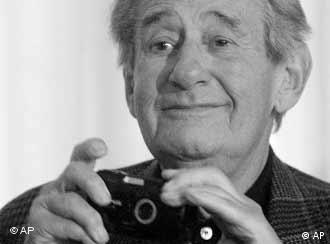 Celebrated, respected and controversial are just some of the words used to describe Helmut Newton. Best known for his provocative portraits of nude women, the Berlin-born avant-garde fashion photographer spent some six decades transforming his craft and testing the limits of social acceptability.

"He was a giant," said Playboy founder Hugh Hefner. "He was a major talent that pushed the boundaries in terms of photography and influenced many in following generations."

For Newton, his camera was a lens to explore power, gender roles and sexuality. "I’m interested in power -- I always was, whether it’s sexual power, financial power or political power," he wrote in his 2002 autobiography.

"He loves to be outrageous," said Anna Wintour, who published much of Newton’s work in Vogue magazine. "He has a perverse view of women that recurs again and again," she said recently.

Born in October 1920, the son of a wealthy Jewish button-manufacturer, Newton enjoyed a privileged upbringing in Berlin. He attended the city’s American School, but because the photo-bug bit him early, he spent more time with his camera than his studies. At the age of 15, Newton’s father told him, "My boy, you’ll end up in the gutter. All you think of is girls and photos," he wrote in his autobiography.

After leaving school in 1936, the young Newton worked as an apprentice to top photographer Elsie Simon, a job he held until forced to flee Nazi-Germany in 1938. After a brief stay in Singapore, Newton settled in Australia, became a citizen and opened a small photography studio. He also changed his name from Neustädter to Newton.

Throughout his career he turned again and again to the subject of Nazi Germany, but not in a way typical for someone who lost loved ones in the concentration camps. In a series of portraits, Newton photographed Hitler’s official filmmaker Leni Riefenstahl, former U.N. Secretary General Kurt Waldheim, who was involved in Nazi atrocities, and right-wing French political leader Jean-Marie Le Pen. His own wife, June, posed in a 1973 series as Hitler with model Jerry Hall posing as Eva Bruan.

But Newton never dwelled on the past for long. "I find this kind of living in the past useless and unproductive," he wrote in his book. 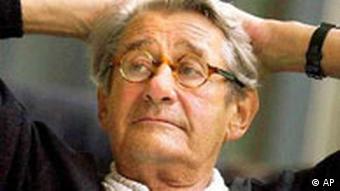 Newton leaves 1,000 photographs to the city of Berlin

In October 2003, Newton recognized the importance his early life in Berlin had on his career and donated more than 1,000 pictures to a new gallery in Berlin. At the opening, the photographer said he was "proud" his works would be displayed in his hometown. "Not just the nudes, but all the others" will be available for everyone to see, he said.

"You can chase a man out of his home but you can’t rip his home out of his soul," the German leader said in a letter read at the news conference.

Starting in June, Newton's works will be on permanent display in Berlin’s former art library across the street from the central train station. At the time of the donation, Newton who has no children, suggested the city would eventually receive his entire archive.

Helmut Newton died at age 83 on Friday in Los Angeles after his car spun out of control and crashed.

The German capital may be bankrupt, but its arts scene can still pack a punch. In its latest triumph, the city is to acquire the seminal collection of its prominent son, photographer Helmut Newton. (Oct. 21, 2003)