Parliamentarians in Berlin have given approval for the dispatch of military instructors to Somalia on a training mission mandated by the European Union. Opposition deputies voted against the deployment. 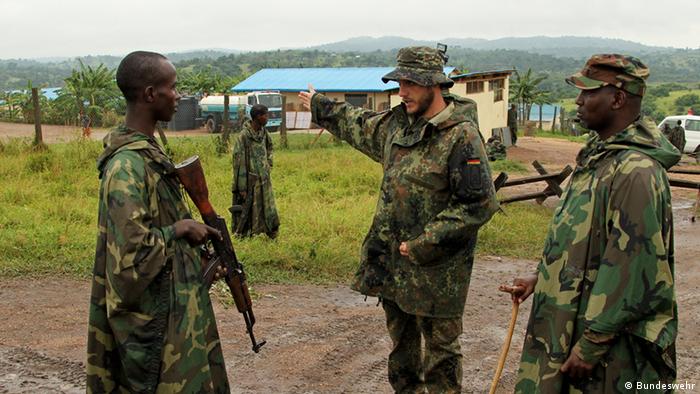 Germany's armed forces, the Bundeswehr, have been training Somali soldiers since 2010, but up until now the training has taken place not in Somalia, but in Uganda (picture). In this latest move, parliament has given its consent to a change in policy, approving the deployment to Somalia of a maximum of 20 German troops.

This German contingent will be training Somali army specialists and military instructors as well as giving the Somali army advice on organizational matters in the Somali capital Mogadishu. So far some 3600 Somali army personnel have taken part in this training – in which nine EU states are participating – since its inception in 2010.

When the EU transferred its mission from Uganda to Mogadishu at the beginning of 2014, the Bundeswehr chose not to make the move because the German defense ministry considered the security situation too volatile. 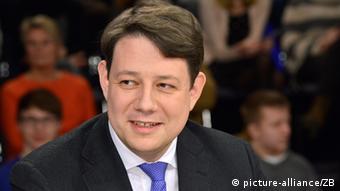 In the meantime, the German government now believes that the German instructors' working environment – a high security compound on the outskirts of Mogadishu airport – will be safe enough for them. "It is a responsibility that we are prepared to shoulder," Philipp Mißfelder, the ruling Christian Democrats' foreign policy spokesman, told parliament in Thursday's debate (03.04.2014) on the deployment to Somalia.

Deadly attacks, blamed on the Islamist al-Shabab militia, are a frequent occurrence in Somalia. The targets are often soldiers belonging to the African Union peacekeeping mission AMISOM.

EU backing for Somalia in the run-up to 2016 elections

Somalia needs the support of the international community. The European Union wants to help stabilize the country and assist in the creation of a state infrastructure before elections are held in Somalia in 2016. The parliamentary mandate for the German troops expires on March 31, 2015. 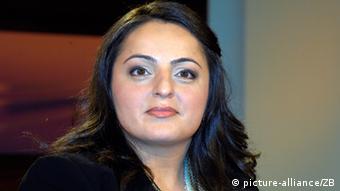 The German opposition parties – the Left Party and the Greens – did not back the deployment motion in parliament. They described the EU training mission in Somalia as a failure. A large proportion of the soldiers who had been trained had subsequently deserted to the militia, taking their equipment with them. "The so-called government in Somalia which you are supporting with your military training has been accused of heinous violations of human rights," Left Party deputy Sevim Dagdelen told the government benches in the parliamentary debate.

The opposition also condemned US drone attacks in Somalia, in which US military bases here in Germany were involved. "The German government should not turn a blind eye to this violation of international law," said Greens deputy Agnieszka Brugger.

A total of 118 German deputies voted against the deployment of German troops in Somalia.

Germany appears willing to increase its involvement in Africa. This is not for the benefit of the "forgotten continent" but rather to appease an important European neighbor, says DW's Ludger Schadomsky. (20.03.2014)

The Somali al Qaeda-linked group al Shabab has claimed responsibility for an attack on a hotel, used by Somali and African Union troops. Over a dozen people are reported to have been killed. (18.03.2014)