Berlin is hosting four days of runway shows, trade fairs and studio visits aimed at bringing German design and eco-fashion to the masses. As trends shift, Berlin Fashion Week tries to keep up.

Now in its 18th season, Berlin Fashion Week has done a lot of growing up over the years. Like the city hosting it, many things have changed since its inaugural runway event in 2007.

"What's interesting about the city is that it finds itself in a sea change at the moment," designer Michael Michalsky told "Die Welt" newspaper over the weekend. Michalsky, formerly Global Creative Director at Adidas, has become the face of Berlin fashion since starting his own label there a decade ago.

"It used to be like kindergarten here; now, the city is graduating elementary school and deciding on which path to high school to take."

With the rise of fast fashion and the shifting media landscape, the question of which path to take has become something of an existential one in the industry. Fashion week events around the world are paring down or changing their focus in response to the increasing demands of customers who want them to produce trendy clothing quickly; the rise of Insta-stars and bloggers who create the dialogue around what's hot (and what's not) make front row celebrity sightings less relevant to younger generations of consumers who want the illusion of accessibility.

Berlin is not immune to this existential crisis.

One of the biggest changes coming to Berlin in recent years has been the establishment of a fixed location for the main tent hosting the days' action. Beginning in summer 2013, IMG Fashion, the organizers of the official Mercedes-Benz Fashion Week events, were able to set up a temporary shelter for hosting runway shows in the shadow of the Brandenburg Gate.

Although World Cup viewing prevented the tent from going up there in 2014, the organizers quickly returned to their iconic location, which lent the events a more professional feeling and a cosmopolitan air than the ice skating rink they'd had to trade it in for.

Now, however, more and more designers are opting out of the tent location for showing their collections, trading the catwalk and bleacher-style seating for empty warehouses and charming loft apartments. Berlin-based designer Marcel Ostertag, for example, will be previewing his Autumn/Winter 2016 collection in a converted bakery, the Heeresbäckerei, now a cultural center converted into offices and lofts.

"Fashion invents itself anew at least every season," he told the dpa news agency. "Why shouldn't the art of the presentation transform itself, become more diverse, too?"

The art of the presentation is likewise changing, with the new salon concept taking hold in the industry. Instead of the traditional catwalk presentation - during which models strut down a center aisle between rows of onlookers, making a u-turn before they run into a wall of photographers at the runway's end - the salon allows viewers to get up and close and personal with the garments. Models are stationed like mannequins atop platforms; invitees are able to touch the textiles, play with the garment's draping and see the quality of its tailoring.

Instead of witnessing an item flash by in less than 90 seconds, those present can spend as much or as little of the 20 minute show with whichever pieces from the collection they like.

The concept was introduced several years ago onsite at Mercedes-Benz Fashion Week. Der Berliner Mode Salon picked up on the idea as well and will host number of the city's stalwart designers during Autumn/Winter 2016/17 Fashion Week, including Hien Le and Michael Sontag.

Another seismic shift came last year with the unexpected closure of the well-known fashion trade fair, Bread & Butter, previously held in a converted hangar at Templehof Airport. The hole it leaves for getting the business of fashion done has still not been filled, though numerous other smaller trade fairs have seen the closure as a boon to their own business, including the street wear-style specialists at Seek Berlin.

The Green Showroom and its companion, the Ethical Fashion Show, have likewise benefited from the changing fashion landscape as they focus on the niche market of sustainability and eco fashion brands. 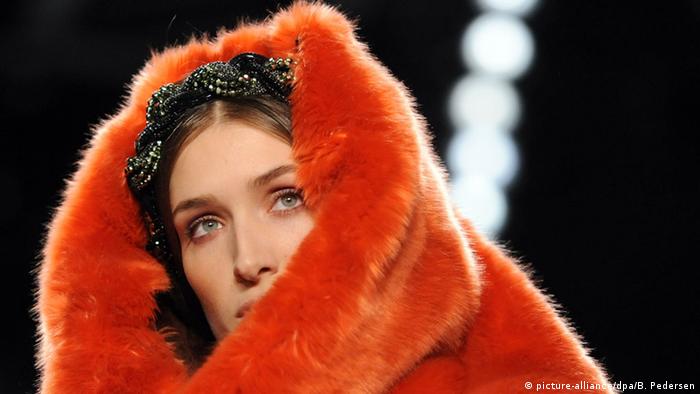 With a roster that includes 166 labels from around the world, the two events coordinated by Frankfurt Messe, hope to provide an oppositional force to the fast fashion currently shaking up the industry by showcasing designers whose garments are made locally or source environmentally-friendly textiles.

A podium discussion held there takes up the topic of the circular economy, focusing on how the innovative technologies used by brands like Patagonia and Pyua to incorporate more recycled materials in their outdoor apparel.

Who's hot - and who's not even there

Still, it's hard not to notice that not everyone who has helped create the image of Berlin as a fashion Mecca will be present at this season's Fashion Week. Although 47 designer events appear on the official calendar put out by IMG Fashion, the coordinators of Mercedes-Benz Fashion Week, and 40 more are showing at Der Berliner Mode Salon, a few names, including Hugo Boss, are conspicuously absent.

Kaviar Gauche, the design duo whose bridal wear has been featured heavily in media reports on Fashion Week, has opted to show their collections at Paris Fashion Week in recent years, citing a different economic climate there.

One of the biggest events on the Berlin Fashion Week calendar that will be missed again this season is the event and subsequent closing party hosted by designer Michalsky, who instead is holding a unique 3D exhibition titled "Reality," which shows his Spring/Summer 2016 couture collection at the gallery of Anna Jill Lüpertz. The show, he told "Die Welt," serves as a statement of how quickly fashion has changed his role as an independent designer.

Not all designers have left Berlin Fashion Week, however. Anja Gockel of Mainz will be celebrating her label's 20th birthday this season. Lena Hoschek will likewise present her designs inspired by traditional German women's' wear in the tent this week. And Marcel Ostertag chose to debut his Autumn/Winter 2016/17 collection in his hometown of Berlin before bringing the label into international focus next month with a show at New York Fashion Week: The Shows.

With a mixture of names both new and old on the schedule of events at Berlin Fashion Week, one thing remains clear: No matter the fluctuations, there remains something truly fashionable about Berlin.

Many clothes find their way into the trash in Germany

The average German owns a lot of clothes. In fact, so many that a lot of clothing lands in trash cans. But buying cheap and fashionable apparel is very bad for the environment. (24.11.2015)

Want to get a head start on your spring wardrobe? Here's what's being shown at New York Fashion Week. The highlight of the event, however, is not an outfit, but two atypical models. (14.09.2015)