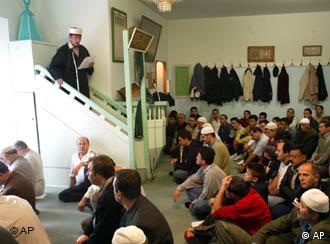 Foreign preachers are under increased scrutiny in Germany

The administrative court in Berlin accused 59-year-old Yacub Tadshi of asking for God’s protection for suicide bombers in Israel and Iraq during a rally in the city center in 2004.

That same year, the Muslim preacher of Turkish origin who has lived in Berlin since 1971 used the occasion of an early Ramadan prayer to lash out against native Germans in his Mevlana mosque in Kreuzberg. Tadshi said Germans could only expect the flames of hell for their weird beliefs.

“We were able to show how the Imam insulted all Germans in his Berlin mosque," he said. "He repeatedly said that all Germans were stinking people and doomed to go to hell because they were useless creatures and infidels. His words were all the more shocking as shortly before, the press spokesman of this mosque had told us about the Turks’ strong interest in fostering good relations with native Germans. He said it was so important for people of different faiths to share views and live together peacefully – what a lie that turned out to be!”

Laska said he wasn't surprised over the ruling: the man had raised the hackles of municipal authorities many times in the past.

“Yacoub Tadshi was well known for his frequent tirades against Germans," he said. "For instance, he wouldn’t stop short of advising Turkish residents to keep their children away from Germans who, in his view, were having an evil influence on them."

Berlin’s Interior Menator, Ehrhart Körting, is glad that the Imam’s days in the German capital are numbered. He said that action had to be taken when the freedom of belief was abused and turned into open expressions of hatred against a whole people.

He's in luck: in January, a new legisislation came into effect that makes it easier for authorities to expel non-German groups or people who preach hate or incite violence. 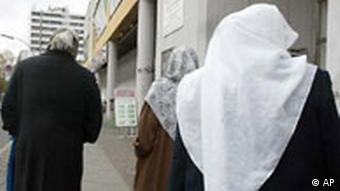 the heart of the community

TV correspondent Reinhard Laska fears that the opinions voiced by the Imam are only the tip of the iceberg: “There was nobody in the mosque who stood up and demanded that the Imam stop his nasty talk about Germans," he said.

"Nobody seemed to mind at all. We asked people as they were leaving the mosque to tell us what they thought about the Imam. Everyone was looking daggers at us, and we certainly didn’t have the impression that the Imam had voiced an isolated opinion.”

Yacub Tadshi has meanwhile gone into hiding. But he said through his lawyer that he would leave the country voluntarily very soon, following the court’s verdict. The Imam is co-founder of the influential Islamic Federation – an organisation in Berlin which is responsible for organizing the teaching of Islam at schools attended by Muslim pupils.

In their attempts to contain Islamic extremism, German authorities try not to paint all Muslims as radicals. But it's not always easy, since Germany's largest Muslim group, Milli Görüs, raises suspicions among many. (Nov. 28, 2004)

The trial of Metin Kaplan on Monday was postponed until April pending reform of Turkey's legal system. Turkish state prosecutors are accusing him of trying to overthrow the Turkish government. (Dec. 20, 2004)