A car has driven into a crowd of people in Germany's capital, leaving seven people injured — some seriously. The incident happened on Sunday morning near the Bahnhof Zoo metro station in the Charlottenburg district. 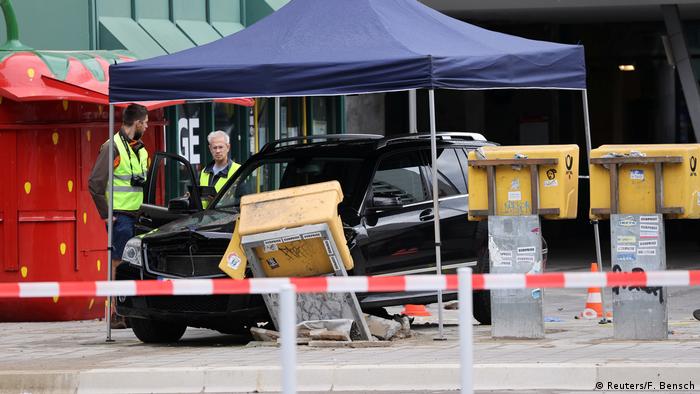 Several people were injured in the German capital early Sunday morning after a car drove off the road and into pedestrians. The incident occurred shortly after 7 a.m. in Berlin's Hardenbergplatz, outside the Zoological Garden train station.

Berlin's fire department said in a Twitter update that some of the pedestrians sustained serious injuries, and that a rescue helicopter was deployed to help.

Authorities said an investigation into the incident is ongoing and that there is no indication of political or religious motivation.

Later, Berlin police said the 24-year-old driver lost control of the car when turning left because he was likely speeding.

He was taken into custody and a manslaughter investigation has been opened.

The vehicle was a Mercedes with an Estonian license plate.

German daily Bild reported that one of the injured had been trapped under the car and had to be resuscitated. Several eyewitnesses were in shock because of the incident and were receiving counseling, the paper said.

The scene of Sunday's incident is not far from Breitscheidplatz, where on December 19, 2016, Islamist Anis Amri steered a truck into a Christmas market, killing 11 people.