Pope Benedict XVI has big shoes to fill as successor to the beloved John Paul II. In his first 100 days in office, he's largely walking the same theological path as his predecessor, although his style is his own. 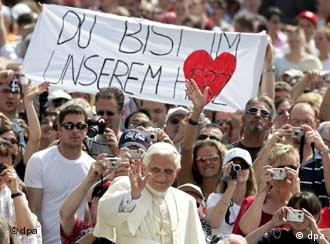 Benedict XVI admits it's not easy being pope

Ever since the doors in St. Peter's Basilica in Rome opened on April 19th, and the announcement "habemus papam," or "we have a pope," was made, the world has been closely watching to see how Benedict XVI would put his own stamp on the papacy as the 265th leader of the Catholic Church.

In just over three months as pope, Benedict has shown himself to be faithful to the positions of John Paul, espousing many of the same conservative theological viewpoints of his predecessor. Analysts say that is not surprising, since Benedict was a close confidante of John Paul, helping to draft many of the documents signed by his one-time boss.

Just weeks after he was elected by the College of Cardinals, he indicated during a ceremony that he would stick to John Paul's unwavering stands against abortion and euthanasia. He has said that abstinence is the only "fail safe" way to prevent AIDS and that divorced people who remarry without getting an annulment cannot receive communion. He has confirmed his aversion to condoms, abortion and homosexuality.

In other ways, the German-born pope has shown a desire to continue following the almost populist path of John Paul. A man generally more comfortable with books than large groups of people, Benedict has signed autographs, delved into crowds to shake hands and even posed for photos with stunned tourists atop Mount Blanc during an unscheduled stop during his vacation in the Italian Alps. 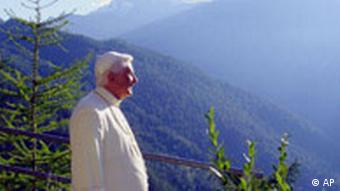 He even chose to stay in the same chalet the John Paul preferred, although while his predecessor liked to take long hikes, Benedict prefers to spend much of his time indoors, studying and playing his beloved piano. It is also unclear if he will have the same charisma John Paul did when relating to youth people. That will be put to the test at the upcoming Catholic World Youth Day in Germany in August, which he will attend.

Papal watchers also believe he is working on new appointments at his Alpine retreat as well as finalizing his first encyclical, which will be a sort of "political manifesto" guiding his papacy.

When asked whether the last 100 days had been difficult, Benedict replied: "In a certain sense, yes. I had never thought about (assuming) this ministry. But people have been so good to me and have been supporting me."

Indeed, he has joked that he felt like a "guillotine was falling" on him when he realized votes were going his way in the conclave held after John Paul's death.

One apparent early hallmark of his papacy is his stated desire to heal the division between the Roman Catholic and Orthodox churches. During his first homily as pope and his first papal trip, he pledged that closing the 1,000-year-old rift would be one of his "primary" commitments. 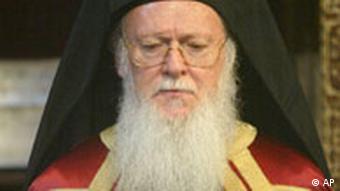 The gesture appears to have been well received. Orthodox leaders confirmed in June that the theological dialog between the two churches, which was interrupted four years ago, can resume. He has also been invited to visit Istanbul, although the Vatican has not made a decision on the trip yet.

The pontiff has also refused to condemn Islam in the wake of the terrorist attacks in London. He told reporters it is important to seek dialog with the best elements of Islam, saying that terrorism is not the result of a clash between Islam and the West but the action of "fanatics.''

Relations with China have also improved since his installation. A new auxiliary bishop for Shanghai was consecrated last month with tacit approval from the Vatican. Catholic churches in China are run by a government-approved group and appoint their own bishops. That a bishop was consecrated there with the Vatican's stamp of approval is seen as something of a breakthrough.

Benedict has also stumbled in his first 100 days. He recently offended Israel be leaving the country off a list of countries recently hit by terrorism, although it's not likely to permanently tarnish his reputation with Jews, with whom he has had good relations.

His spokesman, Joaquin Navarro-Valls, asked that Benedict not be judged on the traditional 100-day mark, since popes are not elected for four or five-year terms like most politicians are.

"We still have a lot of work to do," he told reporters.

In his 23 years as prefect of the church's Congregation for the Doctrine of the Faith -- once known as the Holy Inquisition -- Benedict, then Cardinal Joseph Ratzinger, earned a reputation as a strict enforcer of church orthodoxy. 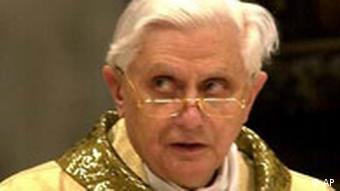 He regularly crossed swords with many more liberal-minded bishops and priests, including liberation theology proponents in Latin America, and always came out on top. Silencing dissenters and, in critics' minds, quashing independent thought that in any way diverged from the Vatican's conservative theological view.

It is not expected that he will part from his views and he has shown himself to be up for a fight when it comes to what he calls the "dictatorship of relativism." He wants to reign in encroaching secularism in the West, and has not shied away from voicing scathing critiques of its ebbing faith, which he blames on a change in social attitudes in the 1960s.

He described the Western world this week as one which is "tired of its own culture" and where "there's no longer evidence for a need of God, even less of Christ."

The world's largest gathering of Catholic youth -- World Youth Day -- is taking place in Cologne, Germany in August 2005. Various projects and events are planned in the run-up to the festival celebrations. (July 25, 2005)

Pope Benedict XVI was inaugurated as pope Sunday as the Catholic Church unveiled its full pomp and pageantry in a joyous ceremony in front of world leaders and up to half a million pilgrims in Saint Peter's Square. (April 24, 2005)

Since taking office last month, Pope Benedict XVI has worked hard to reassure and stabilize the Catholic church. However, while following his predecessor's line so far, questions remain about his own future plans. (May 18, 2005)