Behind the walls of Iran′s Evin Prison | World| Breaking news and perspectives from around the globe | DW | 27.05.2013

Behind the walls of Iran's Evin Prison

Iran's Evin Prison is thought to be a place of torture, but no one knows exactly what happens behind its walls. Nargess Eskandari-Grünberg was imprisoned there 30 years ago, and now helps its former inmates. 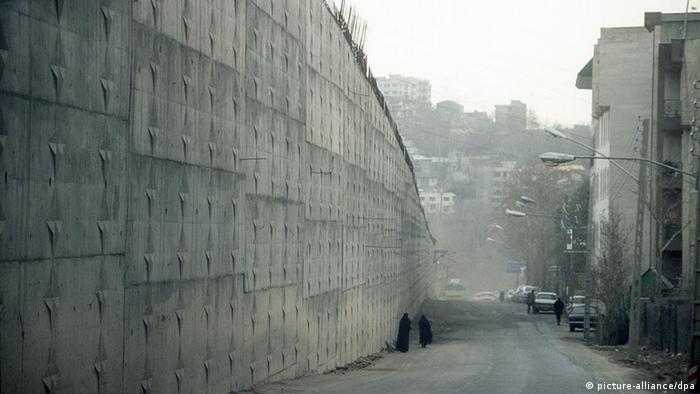 "What this prison looks like from inside? - No idea!" Nargess Eskandari-Grünberg leans back in her chair. The diminutive politician receives her guests in Frankfurt's city hall, where she represents the Green party in the local government and volunteers to help immigrants integrate more successfully .

The 48-year-old Iranian earns her living as a psychotherapist, and her practise includes many of her compatriots, including some who were held at the notorious Evin Prison on the outskirts of Tehran. "The prisoners still have to wear a blindfold there for a long time," she says. "I couldn't show you myself where I was on a floorplan of the place." 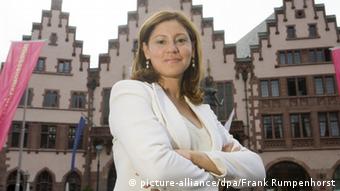 Too many people in too small cells

As a young woman Eskandari-Grünberg was arrested by the Iranian mullah-regime and locked in Evin Prison after demonstrating for women's rights and reform. She remained there for several years - without ever being brought before a judge. When she was finally released, she fled to Germany.

She hears similar stories from her patients during therapy sessions. "From all the things I hear, Evin Prison hasn't changed much. That means it's still a brutal jail," she says. "More than anything there is the problem of overcrowding, and the difficult hygienic situation. Too many people live there in too small cells."

According to her sources, there are about six toilet rooms for three to four hundred people. The exact number of prisoners is unknown. The International Society for Human Rights (ISHR) believes that the prison was originally designed for 320 inmates, and estimates that there were more than 8,000 there in January 2012.

The feet are your second memory 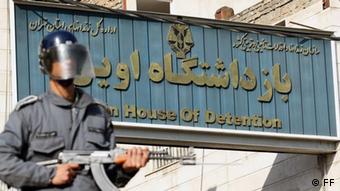 Torture methods have been systematized inside the prison, Eskandari-Grünberg says

Eskandari-Grünberg goes on to explain that torture and terror are apparently still the principal methods of interrogation, as they were decades ago. "The aim is to get at information, and to get the prisoners to betray others," she says. "The aim is to break people and destroy their identities."

There is a saying in Iranian prisons: "The feet are your second memory," Eskandari-Grünberg explains that it is a reference to one of the torture methods used against prisoners in Iran. When she was there, guards would often whip inmates' feet to get confessions.

But she says that her patients' stories show that the regime has since refined its methods. "Torture has been systematized and modernized," she says.

The physical wounds following the abuse might heal with time, but the mental injuries are much more stubborn. Former prisoners still struggle with guilt feelings. "An enormous amount of pressure is applied during the interrogations," she says. "For as long as it takes for a prisoner to see that there is no other way than to name names. Then this guilt for betraying others pursues people their whole lives."

Disappointed in the German government

The Green party councillor is disappointed in the politics of the German government in the face of this continual abuse of human rights. Germany, she says, has consistently built up its economic relations with Iran. "Whoever is in power, economic interests are too often put ahead of protecting human rights," she says. "That isn't just sad, it's scandalous, in my opinion."

Eskandari-Grünberg has made it her goal to change that, and particularly to raise awareness of this abuse of human rights in Iran. As she puts it: "Maybe personal experiences predetermine you to help others. I still believe in humanity, and I think it is worth showing that there is hope."

German companies supply the world, including authoritarian regimes, with surveillance technology. A ban is not in sight. Human rights activists demand stricter export regulations for such "digital weapons." (23.04.2013)