Beethoven's opus 30 'middle' violin sonatas point the way toward his later work. 'They have something of the incredible depth and drama of the later pieces,' said Julian Rachlin. 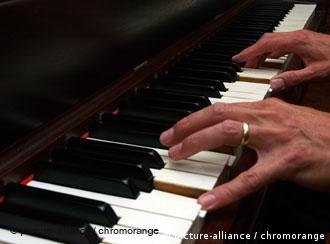 Beethoven wrote the sonatas of opus 30 in 1801 - the time in which he became aware that his hearing was growing worse and that he would go deaf. That plunged Beethoven into despair, but it also turned him into a fighter. Putting all of his energy into his compositions, he set out to create new sounds and forms of expression. The liberated voices heard in op. 30 are one result. Another is the addition of a fourth movement in op. 30, Nr. 2, revolutionizing the three-movement sonata form.

"With this form, Beethoven took a huge step into the future - in the direction of the grand sonata," said Itamar Golan. "But that's not all. The passionate tone and the dramatic gesture all clearly point the way for developments in the violin sonata through the late 19th century. As usual, Beethoven was well ahead of his time."