Beethoven and more 2011 podcast #29: Drawn from the source

Zoltan Kodaly searched for the roots of gypsy music he heard as a child and made the material his own. The Dohnanyi Orchestra Budafok presents Kodaly's work alongside the folk music that inspired it. 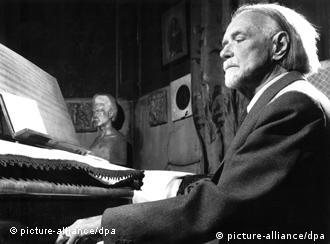 Today, Galanta is a town in Slovakia whose architecture bears the marks of war and the Soviet era. But more than a century ago, it was a quaint and lovely village in Hungary where composer Zoltan Kodaly spent seven years of his childhood.

Kodaly later recalled his time in Galanta warmly - due in part to a little gypsy band that played in the village and introduced the future composer to orchestral sounds. At 50, Kodaly composed a tribute to the music he had heard back then, based partly on scores he came across dating to around 1800. A note on one said that it drew on the folk tunes of "several gypsies from Galanta."

"Ahead of each of Kodaly's folk songs, we briefly play material from the original scores from which Kodaly drew his inspiration - of course, in such a way that it can also flow into Kodaly's music," conductor Gabor Hollerung explained.

"It's a very different sound and doesn't remind you of some Gypsy band today - it's a different approach to folklore, improvisation, the instruments and how they accompany each other. The piece offers a real glimpse into Hungarian folk music," Hollerung added.