A tribute to European unity in this concert, where pianist Jeno Jando delivers a performance full of contrasts and surprises in 'Variations on a Children's Song' by Erno Dohnanyi. 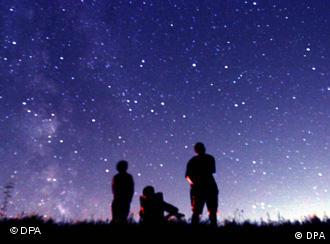 There's a recognizable melody at the core of this series of variations...

The ensemble was also invited to celebrate German Unity Day on October 3 and the key role Hungary played in ultimately bringing down the Iron Curtain. Beginning in late spring of 1989, Hungarian reformers and activists began taking apart their country's fortified border with Austria. Their actions resulted in the first breach of the fortifications separating eastern and western Europe, helping set the stage for the peaceful revolutions in Germany and other countries months later.

"That is really a matter of pride for us because we had the courage to bring about change, but none of us expected that so much would happen so fast!" conductor Gabor Hollerung said.

The October 3 program paid special tribute to the music of Hollerung's homeland, including a work written by his orchestra's namesake, composer Erno Dohnanyi. The second part of the group's name, Budafok, stems from the Budapest district Budafok-Teteny, which helped support the establishment of the orchestra.

Dohnanyi's temperamental "Variations on a Children's Song" is a bit like the changing tides of history as it shifts among moods, from bright, playful - even banal - to dramatic and mysterious. The work imitates or cites a hodge-podge of compositions, including Kodaly's "Viennese Musical Clock," Beethoven's Piano Concerto No. 3 and the central melody in the work, "Twinkle, twinkle, little star."

Listen as pianist Jeno Jando masterfully brings each variation to life in this Beethovenfest performance.

Ernö Dohnányi: Variations on a children's song for piano and orchestra, op. 25