Whatever doubts conductor Riccardo Sahiti had about his Roma and Sinti Philharmonic were laid to rest during this concert. He praised the violin and double bass soloists here as being at the top of their field. 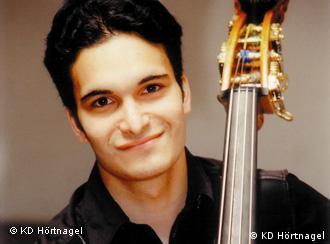 Giovanni Bottesini knew how to write for the double bass. In the 19th century, the composer and performer earned wide acclaim for his virtuosic playing on an instrument that many think of as clunky and mellow. But the Gran Duo showcases the full range of the double bass as it sends the player's fingers speeding down the neck and into its highest registers.

This adaptation of the piece for double bass, violin and orchestra by Camillo Sivori gave violinist Geza Hosszu-Legocky the chance to return to the stage, and the audience was thrilled to see him. They wouldn't let him go without an encore, the second of four that the crowd was able to command in the course of the evening.

The audience's warm reception was a relief for conductor Riccardo Sahiti, who said he was initially afraid that the three days of rehearsal the ensemble had before its Beethovenfest debut wouldn't be enough. The Roma and Sinti Philharmonic is comprised of professional musicians of Roma and Sinti heritage from other orchestras who met at the festival to honor Franz Liszt and Hungary's rich musical traditions.

"But at the concert, they came together and gave more and more, and this was the result. These people can do anything. They played from the heart - not for the money but for an idea," Sahiti said.