Over the past years, Germans have drastically reduced their beer consumption. Fresh figures showed 2013 was no exception, with sales reaching their lowest level since the country's unification. 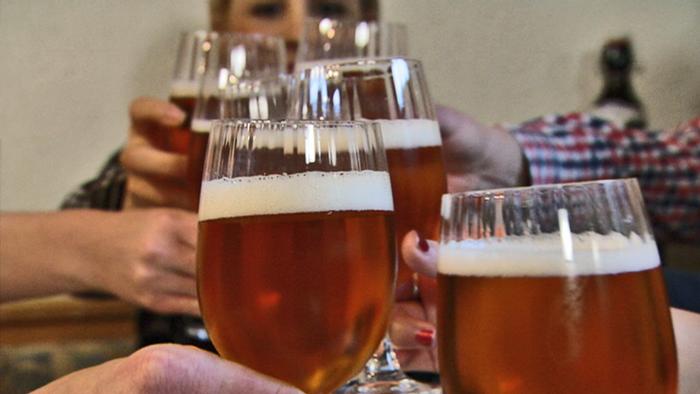 With Germany still considered to be a major beer-drinking nation, annual sales of alcoholic beer in the country reached a new low in 2013, the National Statistics Office (Destatis) announced Thursday.

While the nation still had 1,300 breweries making about 5,000 varieties of the beverage, they sold only 94.6 million hectoliters last year, a fall of 2 percent compared with 2012 and a drop to levels last reached shortly after German unification in 1990.

"The sustained decline since 2007 has continued," Destatis commented, referring to the last rise in beer consumption back in 2006 when Germany hosted the Football World Cup.

Exports to the rescue

"One reason for the sharp drop in sales in Germany was the long winter, which was followed by a mixed summer," said the head of the German Brewers' Federation, Holger Eichele.

He also mentioned the rise in popularity of non-alcoholic beers and beers mixed with lemonade, cola and fruit juices securing a bigger market share.

But the drop in alcoholic beer at home was compensated by what the federation called "encouraging trends" particularly in the US and China. German beer sales to nations outside the European Union surged by 4.7 percent last year.