Beate Uhse Loses its World Cup Buzz | News and current affairs from Germany and around the world | DW | 25.05.2006

Bad news for German soccer fans: Olli K. and Michael B. will not be bringing pleasure to supporters during the World Cup. And as for England, their fans can forget about any buzzing performances from a certain David B. 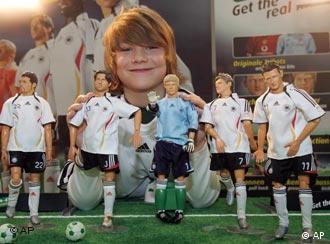 Some plastic versions of German stars are more welcome than others

Fearing legal action that could result in losses of millions of euros, German sex toy firm Beate Uhse has assured a shocked public that these names will not be featuring during the World Cup.

German sex toy firm Beate Uhse? Surely the selection of players for the Germany and England teams is the responsibility of Messrs. Klinsmann and Eriksson respectively.

How could a leading exponent of saucy goods find itself in such a position of power where it could wield the axe and deny the world the chance to enjoy the thrill of Kahn, Ballack and Beckham?

Because, as Beate Uhse's spokesperson Assia Tschernookof confirmed in the German press Wednesday, Olli K., Michael B. and David B are not the famous soccer players one would associate with their names but a range of vibrators which is causing a bit of a stir. 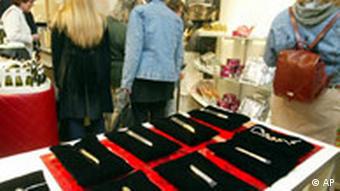 The Germany team line-up...or not

"We will sell no more Olli K's and Michael B's," Tschernookof said. "We are recalling these products because we don't want to infringe on anybody's personality rights. This was not our intention." 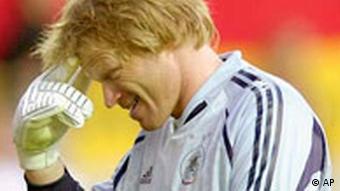 Any similiarity between the vibrators and stars is purely coincidental

Concerned that the company's name was about to be dragged through the courts, Beate Uhse moved quickly to head off any legal action, explaining that the company had done nothing wrong but were recalling the vibrators as a precautionary measure. "If we had written the whole names, it would certainly have become expensive for us. However, it is not forbidden to shorten the names."

While neither Oliver Kahn nor Michael Ballack have pursued any legal challenge, the vibrators will still be taken off the shelf, leaving lusty soccer fans looking elsewhere for ways to fulfill their dreams of a night of passion with one of Germany's soccer stars.

The earnings of German erotica firm Beate Uhse are up. But the company is hoping to do even better thanks to the mysterious connection between soccer and sex. (April 23, 2006)

Enjoy this selection of the best quirky and offbeat news stories from around Germany in the From the Fringe archive.