The captain of Bayern Munich, the most successful club in German history, will end his stellar career at the end of this season. The decision came just days after his 500th game for the club.

After Bayern Munich secured their place in the German Cup quarterfinals Tuesday night, captain Philipp Lahm said he would retire from the game in the summer.

"My leadership style is always to give everything every day, every training session, every game. I believe I can still do that to the end of the season but not thereafter," said the 33-year-old Lahm.

His side reached the last eight of the German Cup with a 1-0 victory over Wolfsburg on Tuesday night.

The decision comes just days after Lahm played his 500th match for Bayern Munich. Lahm started playing for the club aged 11 years old in 1995 and other than a loan to VfB Stuttgart between 2003-2005, he spent his entire career in Munich. 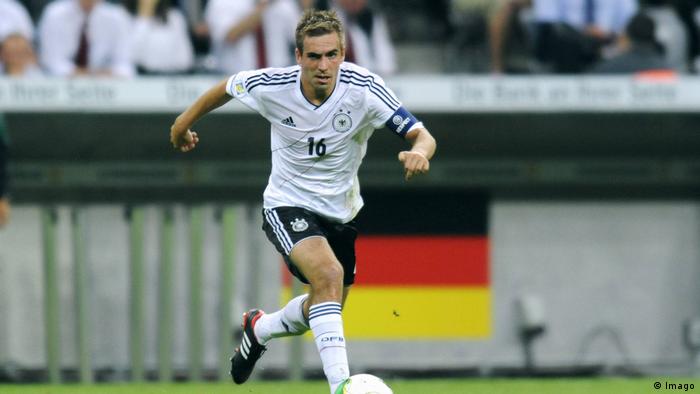 Lahm has racked up the silverware as a workhorse at the back for Bayern Munich. He was in the side which won seven Bundesliga titles, six German Cups and the 2013 Champions League.

Lahm may earn more trophies before his career comes to an end, as Bayern Munich is four points ahead at the top of the Bundesliga table and is through to the knockout stages of the Champions League.

Lahm also earned 113 caps with the German national team and captained the side to victory in the 2014 World Cup. He retired from international football after winning the competition in Brazil.

Lahm decided he will not take over the vacant sports director position saying, "it's not the right time for me to step up with FC Bayern."