Bavarian Politician Proposes Seven-Year Limit on Marriage | News and current affairs from Germany and around the world | DW | 20.09.2007

In a wild-gamble election bid for the leadership of the Bavarian Christian Social Union (CSU), a two-time divorcee who put the kink back into conservative politics, suggested that marriages should dissolve automatically. 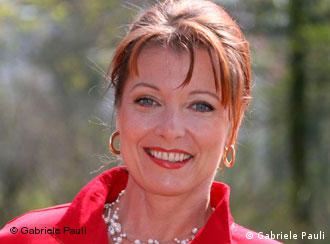 "I propose that marriages lapse after seven years," Gabriele Pauli told reporters in Munich on Wednesday, Sept. 19, announcing her platform for the upcoming party congress. "This would mean that one will only commit for a fixed period and will actively have to renew your vows if you still want to continue."

With statistics showing that almost 38 percent of Germans who marry today are likely to get divorced, Pauli believes that putting a time constraint on the sacrament of holy matrimony would save many people the trouble and drudgery of filing the divorce papers.

But making marriage sound like a business investment with an exit strategy just as the seven-year itch sets in does not win you brownie points with party officials in a center-right, Catholic-dominated party.

"That's an absurd idea and totally contrary to the program of the CSU," said German Agriculture Minister and CSU member Horst Seehofer, who is also wants to become party leader.

"We are not in a circus," he said. "With ideas like that, she should give up her candidacy." 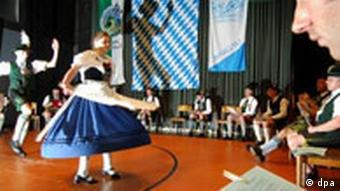 Although not all CSU members wear lederhosen, the party is largely conservative

Whether earning one's bread as a politician is altogether that different from working in a circus is a moot point. But Gabriele Pauli, district administrator in the Bavarian suburban county of Fürth, is no stranger to controversy.

If anybody ever decided to write a "How Not to Become a Leader of a Bavarian Conservative Party for Dummies," they would make the manual very useful alone by highlighting all the things that Pauli did over the past year.

She emerged from obscurity at a party congress by saying out loud what most people don't even dream of telling their priest in confession: that Premier Edmund Stoiber -- the towering giant of Bavarian politics -- had become a liability and that he should really think about retirement.

She then posed for glossy magazine Park Avenue wearing long black latex gloves that looked like they came out straight of your friendly German S&M studio next door or stretched provocatively on a massage bench.

Finally, she attacked one of Bavaria's holy cows -- the institution of marriage -- and party leaders for having an outdated view of what marriage is like.

"For me, family is a different type of formation than for the CSU," Pauli said. "Maybe people live better outside of marriage." 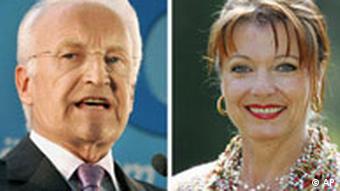 Could Gabriele Pauli be the next Edmund Stoiber?

It is safe to assume at this point that Gabriele Pauli's future in the pious CSU does not look very promising. But Pauli is a professional. With her PhD in political science and no shame when it comes to media exposure, Pauli could move on to bigger and better things.

One never knows what to expect from vampy conservatives. For all we know, Gabriele Pauli could dye her hair blond, become the next spokesperson for St. Pauli Girl and launch a new marketing campaign under the motto "That Kinky German Beer."

Or she could become the mascot of FC St. Pauli -- a German soccer club with a gay president based in the St. Pauli district of Hamburg, the city's fun zone -- introducing the team to tight black latex jerseys and fishnets, a fashion move that could revolutionize the sport.

Gabriele Pauli is here to stay.

Germans might have a reputation of being a little grim and glum, but they're not all sourpusses. They can laugh or be laughable at times, and you can chuckle right along. Read up on the farcical side of Germany. (20.09.2007)

Brezhnev or Bush? For Bavarian Leader, It's Same Difference

In his last grand speech as Bavarian Premier, Edmund Stoiber got a little confused. Or did he? After 30 years in politics and countless slips of the tongue, maybe he finally knew what he was doing. (22.02.2007)

Local politician Gabriele Pauli is known as the "beautiful rebel" within the Bavarian conservative party, the Christian Social Union. But she may have pushed things too far by posing in latex for some seductive photos. (03.04.2007)

Homophobia in German politics: How things have changed 24.09.2020