French police have arrested two wanted ETA members. Pro-independence Basque groups criticized their capture, which takes to 24 the number of ETA members arrested in the past year. Sixteen arrests have been in France. 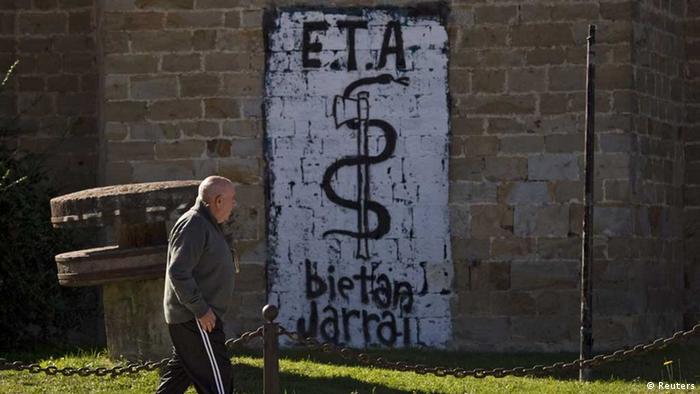 A leader of the banned Basque separatist group ETA, was arrested during a raid by an elite French police unit at a hotel in the town of Macon, near Lyon on Sunday.

According to a statement issued by the Spanish interior ministry, a Spanish national was arrested with another ETA suspect. Both, officials said, were carrying weapons when they were arrested.

Spanish newspaper, El Mundo reported the leader headed the military wing of the ETA and had been on the run since 2005. In January this year the woman was sentenced in abstentia to seven years imprisonment by a French court.

The group, whose name stands for Euskadi Ta Askasatuna, or Basque homeland and freedom, announced in 2011 it would abandon violence in its 40-year fight for an independent Basque country in what is now northern Spain and southwestern France.

ETA's armed struggle with the Spanish and French governments has led to more than 800 deaths over forty years.

Though ETA vowed to stop the violence, the group has not disbanded or disarmed, even though it only has a few dozen active members remaining.