Disgraced former football coach Barry Bennell has been sentenced to 31 years in prison for sexually abusing 12 young boys between 1979 and 1991. The presiding judge described the 64-year-old as "pure evil." 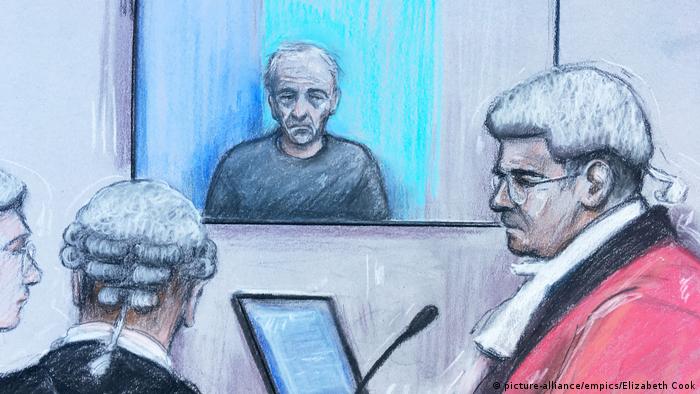 Bennell, 64, was found guilty last week of 50 child sexual offences committed between 1979 and 1991. During the six-week trial, the court heard how the former coach had committed "industrial scale" levels of abuse against prepubescent boys in his care.

However, police said they had received scores more complaints since the case against Bennell opened, adding that the possible number of victims could potentially be as high as 100.

"To those boys you appeared as a god … in reality, you were the devil incarnate," Goldstone told Bennell. "You stole their childhoods and their innocence to satisfy your own perversion."

Some members of the public applauded as he was sent away, but the judge ordered them to stop.

Bennell's career saw him work as a scout and youth coach at clubs such as Manchester City, now one of the biggest football clubs in England, and Crewe Alexandra. Bennell's case is part of a wider investigation into wide-spread sexual and physical abuse at British football clubs during the 1970s and 80s.

The sheer scale of abuse in football has led to accusations that many of the game's most well-known and beloved clubs covered up the allegations of abuse against young boys in their care.

The case against Bennell was launched after former Crewe player Andy Woodward went public with his allegations against the coach.

In January, Woodward told DW about the power Bennell exercised over young up-and-coming players. "I didn't know where to turn or what to do because football was what I wanted to do and that's all I wanted to do," Woodward said. "Your coach knows that, so takes that control and power."

Other former players, including Steve Walters, Chris Unsworth and Jason Dunford, have also spoken out about the suffering they faced at the hands of Bennell.

AstraZeneca pulls out of vaccine talks: EU official 3h ago