It's okay to be a Lionel Messi fan in the UAE, but don't wear his Barcelona jersey in the gulf state. Why do Barcelona fans find themselves caught in the middle of a geopolitical standoff? 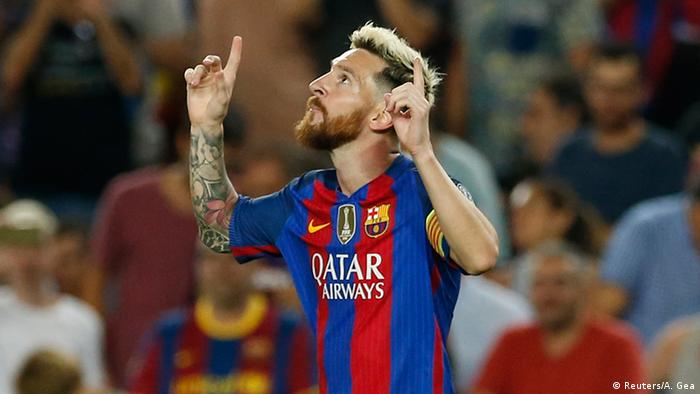 A young boy donning Neymar's FC Barcelona (FCB) t-shirt in Dubai or Abu Dhabi is a common sight. The Spanish football club is hugely popular in the Arab countries, including the Gulf States, and Barcelona players are loved by millions, especially teenagers and children. But if local social media users are to be believed - FCB fans in the UAE can no longer wear their favorite club's jersey in public.

After ending a six-year deal with Qatar Airways last year, Barcelona signed a sponsorship agreement with the Japanese e-commerce giant, Rakuten, which will see its logo on the players' shirts in the 2017-2018 season.

But fans' t-shirts with the prominent Qatar Airways emblem are still in circulation.

Hamad said the measure was put in place as a direct result of Doha's "hostile" and reckless policy against his country.

Saudi Arabia, the UAE, Egypt and Bahrain severed diplomatic ties with Qatar earlier this month, accusing it of supporting terrorism. Doha denies these allegations. There have been some efforts by the US and EU countries to resolve the crisis, but so far they haven't yielded results.

Read: Opinion: Lionel Messi weighed down by the burden of a nation

Unfortunately, the UAE-based Barcelona fans now find themselves in the midst of this diplomatic crisis. The UAE ban of Qatar products and symbols is reportedly so severe that blogger Raed Al-Emadi posted a picture on Twitter that purportedly shows the logos of Qatar Airways cut out from a poster of Barcelona's famed trident - Messi, Suarez and Neymar - which is also known as "MSN."

Well, the FCB Rakuten shirts are on the market, so Messi fans in the UAE should consider wearing them or wait for the Qatar standoff to end so that they can put on their old jerseys again.