Ten-man Barcelona secured a second straight domestic double with a 2-0 extra-time victory over Sevilla in the Copa del Rey final on Sunday. Jordi Alba put Barca ahead and Neymar sealed the win in the dying moments. 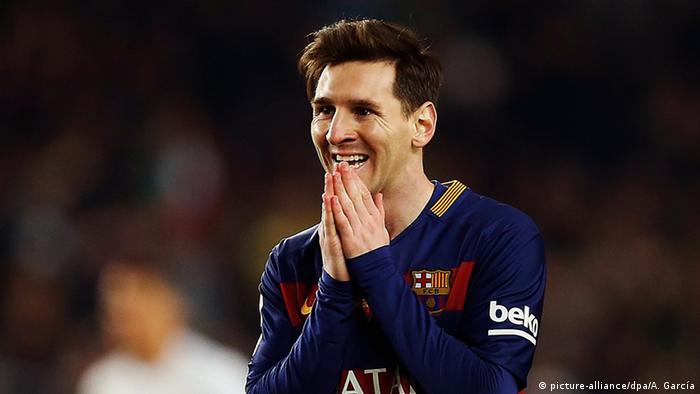 La Liga champions Barca had to play the majority of regulation time a man down after center back Javier Mascherano was sent off in the 36th minute. Sevilla, this season's Europa League winners, failed to capitalize on their numerical superiority and themselves had midfielder Ever Banega dismissed in second half added time.

Spain left back Alba broke the deadlock in the 112th edition of the competition when he raced onto a Lionel Messi pass in the 97th minute of an ill-temperered contest and clipped an angled shot past Sevilla goalkeeper Sergio Rico. Sevilla defender Daniel Carrico then lost his head and was sent off moments before Messi sent Neymar clear to stroke in Barca's second.

It was a record-extending 28th Cup triumph for Barcelona and their seventh domestic double, while Sevilla were denied a sixth Cup success.

With Spanish King Felipe VI watching from the stands at Atletico Madrid's Calderon stadium, Barcelona took control in the early stages as expected and got their first real sight of goal in the eighth minute. Andres Iniesta chipped a pass over the Sevilla defence for Luis Suarez but he hooked his shot wastefully wide.

Vitolo created a good chance for Coke, who scored twice in the Europa League final, in the 17th minute but the Sevilla captain failed to connect cleanly.

A drab match burst into life in the 36th minute when Mascherano was shown a straight red for hauling Kevin Gameiro back when he was through on goal. Banega sent the resulting freekick arrowing towards the top corner but Barcelona keeper Marc-Andre ter Stegen pulled off an acrobatic fingertip save.

Sevilla began the second period strongly and Banega’s 50th-minute effort was deflected onto the inside of a post by Gerard Pique.

Barcelona’s woes deepened in the 57th minute when top scorer Suarez had to come off with what looked like a hamstring strain and was replaced by Rafinha. Uruguay forward Suarez, who broke down in tears on the bench, ended a stellar season with 59 goals in 53 matches in all competitions.

Now it was Sevilla dominating possession and Barcelona having to bide their time and wait for a chance to break quickly. Messi tested Rico with a freekick in the 77th minute and Gameiro was denied by a fine Pique block two minutes later.

The final stages of regulation time were disrupted by a slew of fouls and yellow cards on both sides before Banega hacked down Neymar when he was poised to gallop clear and was sent off. Tempers were fraying and Vicente Iborra was booked for a reckless lunge on Ter Stegen before the referee blew for extra time.

Barcelona finished much the stronger and the final whistle prompted wild celebrations among the Barca players and fans, while the Sevilla support applauded their tearful heroes for their efforts.

Goals from Mata and Lingard sealed a 2-1 comeback win for Manchester United against a determined Crystal Palace side. Meanwhile, Zlatan Ibrahimovic scored a brace in his final game with Paris Saint-Germain (21.05.2016)