Banning children from begging in Berlin | Germany | News and in-depth reporting from Berlin and beyond | DW | 27.07.2015

Banning children from begging in Berlin

City authorities in Berlin will implement a new law under which parents who take their children begging will be fined. But critics say the ban goes too far in some cases and not far enough in others. 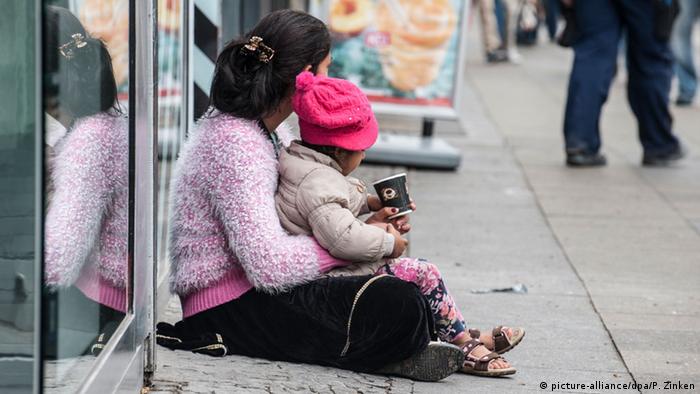 They're one of the first sights tourists see when they exit the central train station in Berlin: children, mostly Roma, begging for money with signs that proclaim them mute and deaf. Every now and then, authorities pick these children up and take them to the youth welfare office, where their guardians have to collect them.

But according to a new law affirmed by the Berlin city government, if the guardians get caught begging along with their children, they are in deep trouble.

Berlin's Minister of the Interior Frank Henkel from the conservative Christian Democrats (CDU) presented a bill to the Berlin Senate that will make it illegal for adults to take children with them when they go panhandling. He's worried about organized begging groups exploiting children to generate income.

"Abusing children by sending them begging is a gross violation of fiduciary duty," Henkel said in a statement. "With the new law, we want to fight this violation and sanction those responsible."

Those responsible for the begging children will have to pay a fine of up to 500 euros ($553).

Begging in itself is not illegal in Germany. The new law in Berlin and others like it in cities like Bremen and Munich is aimed at adults who take children begging because they hope their presence will cajole passers-by into parting with some coins.

"These children beg in the streets while other children are at school," Berlin's state secretary Bernd Krömer (CDU) said. 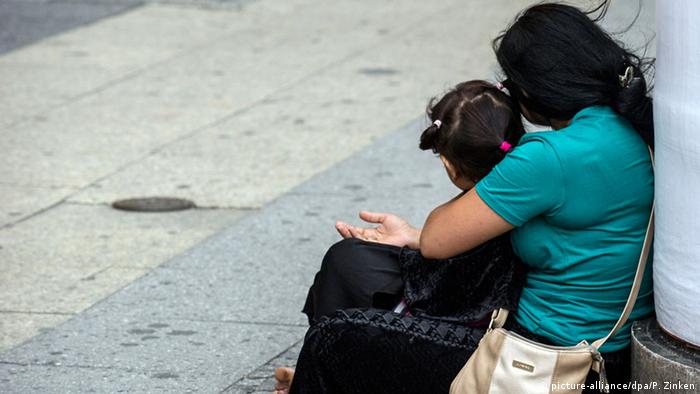 Many Germans agree with the Berlin city government. In a poll ordered by news magazine "Stern," 70 percent of those asked said they believed that begging should be illegal for children. According to German law, that's anyone under the age of 14.

But there are also cities in Germany that don't see the need for a ban. A city official from Cologne told German daily newspaper "Die Welt," that he didn't see a problem in children accompanying their parents when they go panhandling. The city will intervene, however, if the wellbeing of the child is at risk, for example if the begging continues into the night. Aggressive begging, i.e. stopping people in the street and brusquely asking for money, is illegal in Cologne as well.

The fight against organized crime

Benedikt Lux, a member of Berlin's Green Party parliamentary group, opposes child begging as well. But he says a ban with a fine attached to it is the wrong way to go about the issue.

"When children are abused, of course the state has to protect them," Lux told DW. "But this new law is merely pushing them out of the public space. It's a way for the Berlin government to say 'We don't want to deal with your problems.'"

One motivation behind the ban is to hurt organized begging teams that use children as a calculated move and perhaps even force the adults to go out and make money this way. But will a fine be enough to stop them from doing their business? Lux doesn't think so. 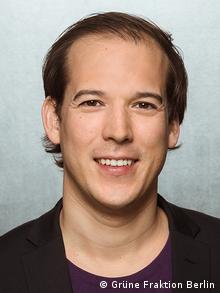 "If you want to catch the men behind the organized crime operations, just slapping them with a 500 euro fine is not enough," the Green Party politician said. "You have to go deeper and investigate long-term."

On the other side of the coin are families who view begging as their only way of survival. For those, the new law just makes things worse, Lux says. Afraid of risking a fine they couldn't pay, mothers might leave their children at home or with questionable babysitters when they go out into the streets, Lux fears.

Roma who beg will be especially affected by the new law, since many of them take their children along. Rüdiger Benninghaus from the "Latscho Drom" association in Cologne, which works together with Sinti and Roma families, also has his doubts about a ban on taking children begging.

"Maybe these women just don't know where else to put the child while they go out," Benninghaus said in an email to DW. "It would make more sense to send out social workers first to talk to these families about the dangers of child begging before you impose a ban."

Berlin will find out how well the ban works in the autumn. The new law is expected to come into effect after the capital's borough presidents vote on it in about two months.

A building in southeast Berlin once overcrowded and filled with trash is now seen as a shining example of how poor migrants can be successfully integrated. It's drawn heavy media attention, but many prejudices remain. (11.01.2014)