Britain's central bank has done what it avoided doing for the past 10 years. It's hiked interest rates to curb inflation caused by a steep drop in the pound's value. But the marginal rise is of a rather symbolic nature. 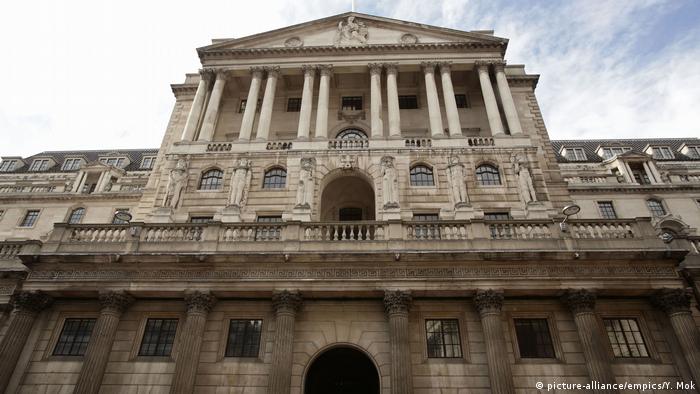 In a statement Thursday, the Bank of England said it had increased its benchmark rate to 0.50 percent from the record-low 0.25 percent. It's the rate which directly affects the cost of loans and savings in the wider economy.

The hike had been largely anticipated by market analysts and marked the first such step since July 2007 when world credit markets started to freeze up as the prelude to the global financial crisis.

BoE officials said the increase was meant to help curb inflation which is running a full percentage point above the lender's own target rate of 2 percent.

The reason behind the rise in consumer prices has been the 15-percent fall in the value of sterling since the pro-Brexit vote.

The weakness of the pound has led to a jump in the cost of imported goods, notably food and energy.

Economists argued Thursday the rate hike might not amount to much, but had a symbolic value.

"For a whole generation of UK households now entering adulthood, it's a small but important reminder that interest rates can move in an upward direction, even if only slowly," Aberdeen Standard Investments economist Lucy O'Carroll commented.

The impact on household spending is not expected to be substantial, but the rate increase will be welcome savers who have seen returns on their capital sharply diminished over the past decade.

Britain's sluggish economy has expanded again in recent months. Quarterly growth came as an unexpected boost clearing the way for the Bank of England to raise interest rates next week, experts argued. (25.10.2017)