The Bangladeshi army has announced it prevented a putsch by hard-line officers and retired colleagues in December and has vowed to punish the plotters, who reportedly hold extremist religious views. 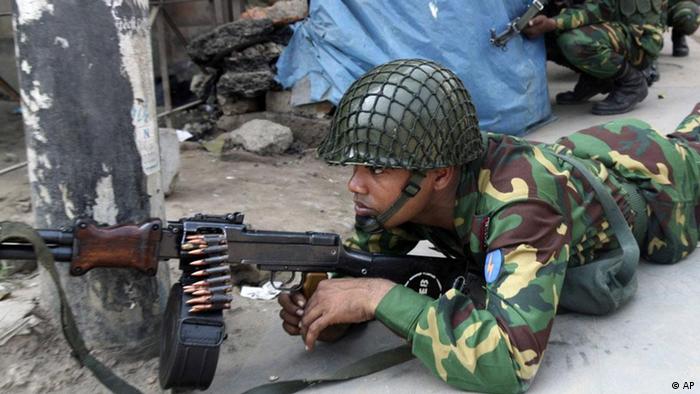 The Bangladeshi army said Thursday it had foiled a coup attempt last month. A group of officers reportedly wanted to overthrow the government led by Prime Minister Sheikh Hasina Wazed.

"Stern legal measures will be taken against those involved," said Brigadier General Muhammad Masud Razzaq, who put the number of "conspirators" at 15 to 20.

The attempted coup was allegedly led by a group of hard-line officers and their retired colleagues living abroad. Razzaq said that they had "extreme religious views."

He said in a statement that the attempt had been "thwarted with the whole-hearted efforts of army soldiers." 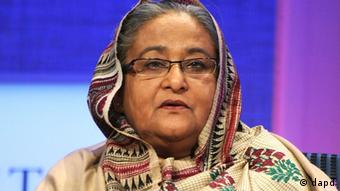 A court of inquiry was reportedly set up at the end of December to try the alleged rebel leaders.

After opposition leader Khaleda Zia accused the government of "incidences of disappearances," some rumors started circulating on the Internet around the same time to the effect that there had been a foiled army coup. However, the army said then that the claims were "provocative and misleading."

Threats on all sides

Sheikh Hasina has faced threats from Islamists since taking office in January 2009 after winning a landslide victory in the general elections.

In June last year, the government further sparked the ire of Islamist activists by making changes to the constitution to bolster its secular nature.

Hasina also angered the army by her handling of a mutiny by border guards two months after she came to power. Seventy-four military commanders were killed by the mutineers protesting poor pay, perks and prospects for promotion and who took siege of their headquarters in the Bangladeshi capital, Dhaka.

Military officials were furious with Hasina for not ordering an assault on the compound and for offering an amnesty deal to the mutineers, which was later rescinded.

There has been pressure on the government since to bring forward a trial of over 800 border guards on charges of murder, arson and looting.

Bangladesh, which has been a parliamentary democracy since 1990, has seen two presidents assassinated in military coups and 19 failed putsches since its founding.

On December 16, 1971, the Pakistani occupation army was forced to surrender and Bangladesh came into de facto existence, though it had proclaimed its independence nine months earlier. (16.12.2011)

German President Christian Wulff is in Bangladesh on a three-day official visit, aiming at furthering expanding the existing close relations with Dhaka. (29.11.2011)

During a trip to Germany, Bangladeshi Prime Minister Sheikh Hasina called on Europe to help her country more in its struggle against climate change. (26.10.2011)