A leader of Bangladesh's opposition Islamic party has been sentenced to death for war crimes committed during the nation's 1971 war of independence. Ali Ahsan Mujahid was found guilty of five charges including genocide. 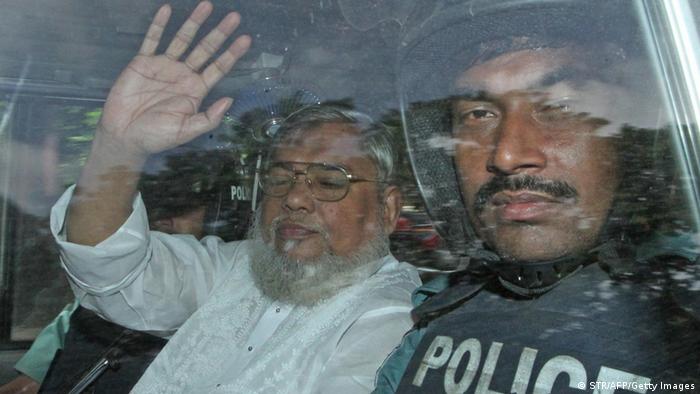 Mujahid, secretary general of Bangladesh Jamaat-e-Islami party, was convicted on Wednesday for his role in the nation's nine-month war against Pakistan. The International Crimes Tribunal in Dhaka found him guilty of crimes including genocide, murder, torture, conspiracy and incitement.

"In three out of five charges he was given the death sentence," the country's junior attorney general and prosecutor M.K. Rahman said.

Mujahid was accused of leading a militia which targeted individuals who supported the war of independence.

According to the Bangladeshi government, 3 million people were killed and some 200,000 women raped by the Pakistani army with the assistance of local collaborators. Independent estimates have put the death toll at between 300,000 and 500,000.

His conviction comes two days after the special tribunal sentenced former leader of the Jamaat-e-Islami party Ghulam Azam to 90 years in prison for his role in crimes during the 1971 war.

The International Crimes Tribunal was formed by the government of Prime Minister Sheikh Hasina in 2010 to try suspects of the 1971 war. Wednesday's ruling was the tribunal's sixth conviction since January.

The trials have been fiercely criticized by the nation's main political opposition, the Bangladesh Nationalist Party, which is allied to Jamaat-e-Islami. It has accused the government of using to court to attempt weaken to the opposition.