The government of Bangladesh has taken the radical step of banning the blog of Asif Mohiuddin, a 2012 DW Bobs blog award winner. Mohiuddin was brutally attacked by unknown assailants in Dhaka last January. 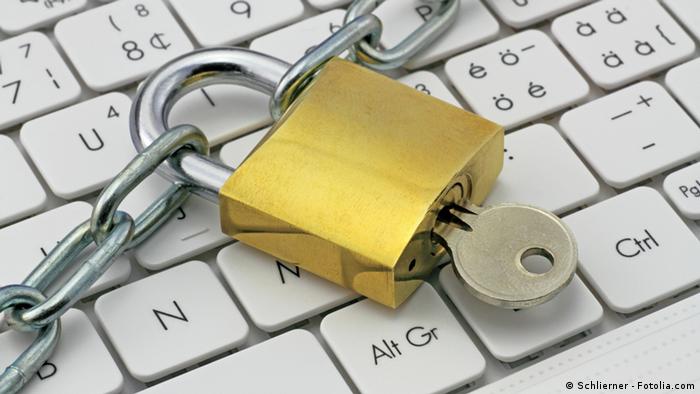 The Bangladesh Telecommunication Regulatory Commission (BTRC) has asked community blog owners to ban a number of blogs which have been deemed "anti-state" and "anti-religious." Confirming the removal of Asif Mohiuddin's blog link, Syeda Gulshan Ferdous Jana, founder of Bangladesh's first Bangla language community blog site "Somewhere in Blog," told DW, "Last Thursday we received an official email from the BTRC. This is the first time in the over seven years of somewhereinblog.net that authorities have issued written instructions to discipline bloggers."

"The email named four bloggers, including Asif Mohiuddin's blog profile, and advised us to permanently remove all of these blogs immediately," said Jana.

Asif Mohiuddin's blog was one of the most read web pages in Bangladesh and is known for its strong criticism of religious fundamentalism and Bangladesh's "anti-people politics." The blogger was brutally attacked last January for spreading his ideas. He survived the attack with serious injuries and continues to receive threats from fundamentalists.

The title of Mohiuddin's blog alone was provocative - "God, Almighty only in name but impotent in reality" was the name he gave it. Islamists have organized a number of protests in the country in the past few weeks, in which they have called for the death of Asif Mohiuddin and other bloggers. 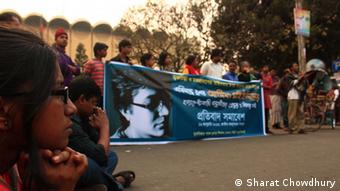 Instead of providing adequate security to Mohiuddin, many police are now harassing him and urging him "not to write blogs against religious fundamentalism." Mohiuddin considers this to be a violation of his fundamental constitutional right to freedom of speech.

"They are trying to clamp down on this and prevent the exercise of one's right to the freedom of expression," Mohiuddin told DW.

Meanwhile, another community blog by the name of Amarblog has confirmed receiving an email from the BTRC with instructions similar to those sent to Somewhere in Blog. In a blog post, Amarblog denounced the BTRC order to provide authorities with the confidential "IP address, location, email address, cell phone number and real name" of the bloggers behind certain specified links.

"Amarblog is committed to protecting free speech in Bangla on the web. Amarblog was, is and will always sustain this commitment," said Director of Amarblog, Sushanta Das Gupta.

While obeying the order to remove the blog links, Somewhere in Blog chief Jana made a "very strong request" to the BTRC that people whose blogs contribute to healthy debate through their writing should be allowed to blog without fear of being criminalized.

"We wish to see this happen immediately," Jana told DW.

The legal base of such an order from BTRC has been questioned by bloggers. The telecommunication authority initially refrained from commenting on the legal framework, but eventually in a press release referred to the Bangladesh ICT Act of 2006 as well as to a recent panel formed by the Government to monitor comments on Islam and Muhammad. The BTRC also threatened to impose fines and other punishments on the blog owners, if their orders were not followed. 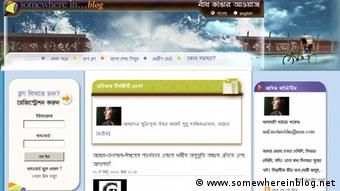 There has been an ongoing crackdown on bloggers in Bangladesh

Reporters without Borders (RSF) condemned the BTRC decision to ban blogs. Head of the Asia-Pacific Desk of RSF Benjamin Ismail told DW, "By principle, a ban of any website should be the result of a judiciary decision. In that regard, we believe the BTRC enforces abusive powers. Furthermore, if we look at the targeted website and its author, we can understand the political motives behind this ban.

"Asif Mohiuddin has not only been targeted by Islamist militants, but he is also subject to harassment by the authorities. The many threats he has received from extremists constitute a danger to the freedom of expression and information. The authorities should protect Asif," Ismail said.

Bloggers have been in the limelight in Bangladesh since the 2013 Shahbag protests, a movement demanding maximum punishment for war criminals as well as the banning of an Islamist political party, Jamaat-e-Islami, for its involvement in war crimes during Bangladesh's 1971 war of independence. Millions of Bangladeshis were killed and hundreds of thousands raped during that war but the perpetrators of the crimes had gone unpunished until a tribunal was recently set up to put them on trial.

The Shahbag movement is being organized by bloggers and is supported by thousands of people in Bangladesh. The protests began on February 5, 2013 and have continued since. One of the leading activists of the movement, a blogger by the name of Ahmed Rajib Haider, was hacked to death in the capital, Dhaka, on the tenth day of protests.

After Haider's murder, certain groups and individuals started propagating on the Internet that he had been writing a blog defaming Islam. While IT experts say the "controversial" write-ups in the WordPress blog might not really be his own, Islamists launched a massive attack against the bloggers who demand justice be brought to war criminals, labeling them "atheists" and "blasphemers."

"The Shahbag protest, in fact, is against Jamaat-e-Islami Bangladesh, the root of all evil," confirms Asif Mohiuddin, who is also one of the organizers of the movement. He continues, "If we achieve victory in this battle, we will be one step closer to a secular Bangladesh."

Asif Mohiuddin in an interview with DW